Lost in the trees 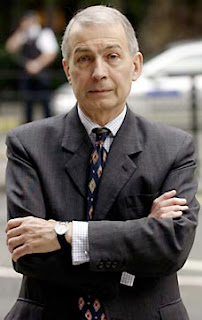 Reading Frank Field's "manifesto" for the job as Speaker in The Daily Telegraph today provides still more evidence that the political classes – of which Field is a member – still have not got the message.

Some of his proposals are worthy enough, with him suggesting that the Commons should elect its own committees and their chairmen. Likewise, writes Field, "it should elect the Leader of the Commons to chair the business committee which is responsible for all our activities."

When all is said and done, however, the sum of what Field has to offer is mere tinkering at the margins. It will go nowhere towards addressing the fundamental flaw in our constitution, reflected in the make-up of our parliamentary system. That flaw is essentially that we lack the crucial separation of powers.

We have have inherited an arrangement where, originally, parliament evolved as a constraint on the powers of the King – in whose hands was the government, where there was a distinct separation. But, over term, parliament has assumed the powers of the King, robbing our system of that crucial separation. We have in one institution, both the government and the "watchdog". It is thereby forced to perform mutually incompatible functions.

Brown may complain about "self-regulation" in parliament not working but, in the current system, it is government which shares that defect. The effective regulator of government is parliament, and as long as it is compromised by also being part of the government, it cannot function effectively.

The necessary conclusion from this is that we need a separately elected prime minister, who should not be an MP, and cabinet members who, equally, are disbarred from being MPs. Then, and only then, can parliament perform its historic and necessary role effectively.

For want of this most fundamental reform, greater controls over parliament and MPs will actually serve no purpose other than to weaken an already weakened institution. To that effect it is rather disturbing to see writers like Iain Martin argue that the "Next Speaker will have greater power than any in history".

With parliament historically weaker than it has ever been, especially as most of the legislation by-passes parliament through the Statutory Instrument system (with much of that coming from Brussels), it is hard to see how Martin's thesis has any merit at all.

Similarly, while Robert Colvile offers some great sense, in arguing for reforms which go beyond the narrow procedural issues of how parliamentary business (and MPs) are managed, he too fails to grasp the importance of the crucial flaw in the system.

The great concern is that, as long as the huge energy being poured into resolving the current crisis is misplaced, dealing only with the symptoms and not the cause of the problem, nothing will be solved in the longer term. Strenuous efforts may enable those in power to "park" the issue but it will only be a matter of time before the tensions re-emerge as the public realises that nothing fundamentally has changed.

As it stands, we have an opportunity to start considering what is needed to fix a broken system, but the great tragedy is that the focus on the symptoms obscures the bigger picture. Not for the first time, our political classes are so lost amongst the trees that they cannot see the wood.