A demonstration of commitment 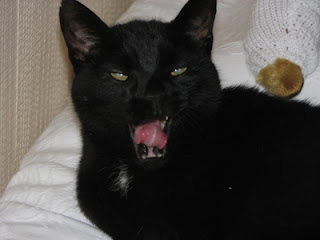 According to the MoD website, day to day control of Operation Sinbad has now been handed over to the Iraqi authorities, with British forces now relegated to a supporting role.

This marks the penultimate step in the process of "managed retreat" from Iraq which has been evident since August last. There are now only a few more months to go before large numbers of British troops leave the theatre with no replacements planned.

The news coincides with the announcement by secretary of state Browne that a further 800 British troops will be sent to fight the Taleban in southern Afghanistan, although this only increases the commitment by 300 as 500 British personnel are to be pulled out of Kabul. 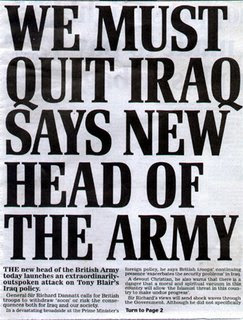 So well has the ground been prepared for this strategic realignment – not least by the apparently spontaneous statement by the CGS Richard Dannatt in October last - that the media (and opposition politicians) have not raised even a murmur.

As regards Dannatt, he said then that his comments were not "substantially new or substantially newsworthy" and we said that he was simply preparing the ground for the eventual withdrawal from Iraq, acting entirely in accordance with government policy and intentions.

So easily have the gullible media fallen for it though that, currently, their main obsession is with the "friendly fire" incident in 2003 when two US A-10s fired on British forces, causing the death of one soldier.

This gives a convenient cover for a bit of Yank bashing, which is much more enjoyable than getting to grips with the equipment issue, over which the media has completely lost the plot. 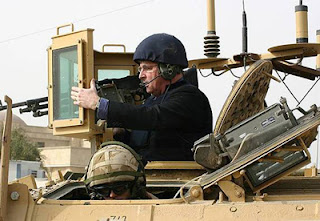 Funnily enough, even though this means Browne has got away with posing on top of a Bulldog APC and not a single journalist has given him a hard time over the delay in introducing the Mastiffs, the government is getting sickened by the superficiality of the approach to defence issues. One of our family cats (pictured top left) offers more perceptive comment than the entire press corps combined.

One response to the more general lack of debate is the lament by defence minister Adam Ingrams at the end of the British Army debate, where he agreed that we should have more defence debates, but – to an empty chamber – said that he just wished "that more hon. Members would participate in them."

But perhaps the media - having recast itself as part of the entertainment industry - have it right. Apart from the "Boys Own" garbage trotted out by the media, there is very little appetite for serious defence reporting so anyone interested in maintaining readership levels – whether old or new media – will avoid the issue like the plague.

It is extremely unlikely, therefore, that you will read in either media the news that the US Marine Corps Systems Command has awarded General Dynamics Land Systems-Canada an Indefinite Delivery, Indefinite Quantity (IDIQ) contract and an initial delivery order for the testing, production and support of four Mine Resistant Ambush Protected (MRAP) vehicles.

The MRAP vehicles will provide improved protection for troops from mines, improvised explosive devices and other threats. A possible follow-on production contract could call for the delivery of up to 4100 vehicles. 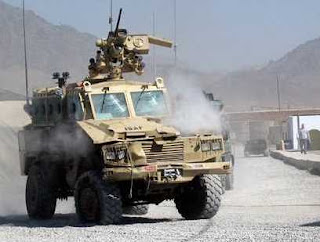 And guess what. The MRAP vehicle is based on the highly successful RG-31 Mk5 - which has saved so many lives. US forces have already ordered or received 424 RG-31s and the decision of the USMC to go for another 4,000 demonstrates their commitment to winning the war in Iraq.

By the same token, that it will be later this month before we have just 20 Mastiff "Mine Resistant Ambush Protected" vehicles in Iraq, demonstrates the level of British commitment. And the failure of British journalists even to notice demonstrates more than words can ever say, their level of commitment to good journalism.