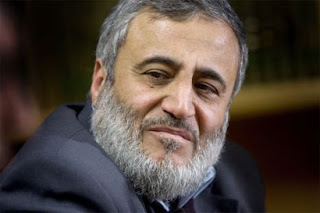 Who dies, I hear readers asking themselves. Ahmed Abu Laban, the Danish imam who engineered all those cartoon riots. His death has been reported on Al-Jazeera.

Let me recapitulate very briefly. Ahmed Abu Laban who had fled from Egypt and found sanctuary in Denmark then proceeded to spend his time there attempting to introduce notions of sharia law in various parts of that country. When the Mohammed cartoons first appeared in Jyllands-Post in September 2005, Laban tried to stir up trouble in Denmark. 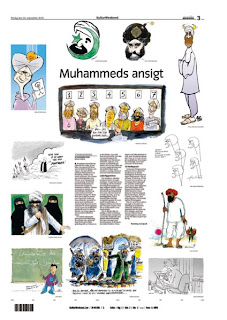 When this did not work out he, and some colleagues, went on a trip round some Middle Eastern countries (though not Egypt, which would not let him in) and showed the rather mild cartoons to all and sundry.

Among the original 12 drawings he had slipped three others that were considerably more offensive. One of them showed Mohammed with a pig’s snout. This was a lightly doctored picture of somebody winning the annual pig-squeaking competition in France.

Eventually, Laban admitted that he had falsified the evidence on Danish TV but pretended that he had received these pictures and messages in the post. The missives were never produced. 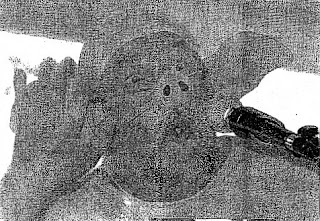 One way or another Laban achieved his aim: there were riots in various parts of the world and the Danish cartoonists and journalists went into hiding. The Danish government, despite pressure exerted by the UN and the EU, refused to close down the newspaper or apologize for freedom of the press.

Most European countries had one or two brave publications that put out the cartoons and they were published even in Egypt and Yemen, with unhappy results for the editors. The one country, shamefully, where no MSM outlet dared to reproduce the cartoons was the United Kingdom. This is something we shall not live down in a hurry.

Ahmed Abu Laban was next noted in Lebanon during the Israeli-Hezbollah war last summer, when westerners were being evacuated from Beirut. It turned out that he had been given Danish citizenship and, therefore, he was rescued by the Danish embassy.

Curiously enough, this man who held Muslim thought and culture so dear to him turned to the, undoubtedly first-class, Danish medical facilities during his last illness.