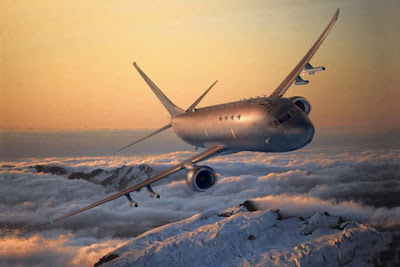 Having dumped Portillo's folly, aka Nimrod MR4, at a cost of some £4.2 billion, the UK now lacks a vital maritime surveillance capability. Not only does this leaves us gravely weakened, it means we are also without the important and very necessary assets needed to deal with major maritime emergencies.

However, as a reader so kindly reminds me, while we might be bereft of such capabilities, the emergent regional superpower, India, is in the process of acquiring eight state-of-the-art maritime surveillance aircraft (pictured), only one less than the nine Nimrods that we have scrapped after a Tory defence secretary made the wrong choice.

The Indian beasts are the US-built Boeing P-8A Poseidon, a platform which might not be quite as capable as the MR4 on paper, but is in fact vastly more capable because it is flying, and the Nimrod is a pile of expensive junk, on its way to the some Chinese recycler.

But what makes this so fascinating is that the cost of the deal at $2.1 billion, which includes an element of support, has a purchase price which is roughly equivalent to the amount of UK aid we pay to India.

In the days when, it seems, charity no longer begins at home, it seems also that maritime surveillance doesn't either. However, we are sure that the British taxpayer is entirely content to have seen Tory Governments piss £4.2 billion down the drain, having ordered the MR4 and now cancelled it, while buying for the Indians a facility we can no longer afford.

How lucky we are to have such a wise and forward-looking government - to which we are so generously giving money. Perhaps we can ask the Indians to help us out now and again.