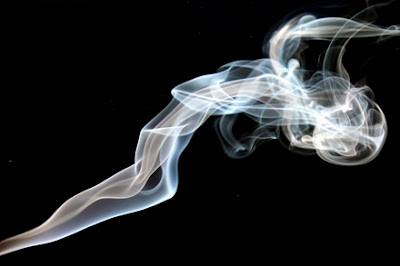 The British EU contribution increased from £5.3billion in 2009 to £9.2 billion last year says Robert Winnett in The Daily Telegraph - yet another of these dozy hacks who can't get his minuscule brain round the labyrinth of the EU budget.

Winnett cites the Office for National Statistics but, as you would expect, it is playing games by citing the net contribution. The figure of significance, though, is the amount we pay out, or the gross contribution – as Myrtle the Judas goat keeps telling us.

Myrtle says the actual gross figure was £19.7 billion (presumably for 2009) but God knows where he got that figure from. He quotes himself from 2009, spraying a raft of figures that bears no relation to the one quoted.

To be fair, though – which is something I try to avoid doing, especially when Myrtle is involved – EU figures are a nightmare, not least because the EU and the UK calculated on a different basis and use different financial periods. Even the euroslime Independent doesn't do it much better. To clear up the confusion, though, the government has helpfully explained why they should be so different.

Referring to the net figures, however, Winnett states that the increase is equivalent to the extra money being raised from the increase in National Insurance for higher-rate taxpayers, or the new 50p top rate of income tax. He also says that taxpayers are being forced to contribute more following Tony Blair's decision to reduce the size of this country's rebate.

The fact is that the reduced payments from the EU, reflected n the higher net, do not require extra spending from the UK to make up the loss. The comparison is spurious. Yet this does not stop Tory Boy Stephen Booth, "research" director of Open Europe, prattling that: "We're now starting to see the full effect of Tony Blair's 2005 decision to give up a huge chunk of the British rebate".

Similarly, we get the ghastly Matthew Hancock, Tory MP and former aide to the preposterous Osborne, saying: "The consequences of Labour's rebate sell-out are becoming clear. These shocking new figures show that Tony Blair and Gordon Brown signed billions of pounds of our money away in return for absolutely nothing".

This is typical of the dire Tory party political games – where everything has to be couched in terms of something Labour did or did not do.

However, the rebate is actually taken into account in calculating the gross figure. The changes to the net figure result largely from reductions in farm subsidies, and regional funding. For sure, if the rebate had not been reduced, then the gross figure would have dropped, and thereby our net payment would have been cut by a similar amount.

This though, is not the point. The rebate reduction was agreed to redress distortions in the Thatcher-agreed rebate calculation, to reflect the changes in the budget structure arising from enlargement (which the Tories agreed) and the changing proportions of spending in the EU budget.

The fact that the current gross contribution is increasing roughly in line with the general increase in the EU budget is a testament both to the need for the adjustment and its success. It is one that, had the Tories headed the administration, they would have agreed as well. As it stands the UK correction in the 2010 budget still amounts to around €4.0 billion.

The real issue, therefore, is not the rebate, but the fact that we are making payments of £11.54 billion to the EU. This is happening under the current administration, led by the Tories. Little Camerslime has no intention of changing that. And that is why we are getting the Tories blowing smoke, to hide the unpleasant fact that a sum equivalent to roughly a third of our defence budget is going to the "colleagues" in Brussels.