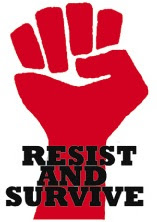 According to RSM Tenon, the accountancy group, the year 2011 will shortly see the highest levels of personal insolvency on record. In particular, it seems, the elderly are being hardest hit. Mark Sands, the Head of Bankruptcy and Personal Insolvency, says:

Now all you need to do is insert boilerplate references to hypothermic grannies, energy costs and windmills. In addition we have already seen this year two million people using their credit cards to pay the rent or the mortgage. Both of these phenomena were predictable - and predicted.

Next to come will be petrol hikes for spurious reasons based on minor, and largely irrelevant scuffles in third world basket cases near to the Middle East. Then comes the lower middle classes working only to eat and fill up the car in order to get to work.

Following that will come mass council tax defaults, as have already been reported, with figures from the City of Lincoln Council showing 421 liability orders made against residents last month. This along with today's report that Bristol council is issuing 62 summonses a day, even while its own councillors are taking the piss. This on the same day we find yet another half-million pound parasite on council books.

Following that, one thing helping to keep inflation down, cheap consumer goods, is about to come to an abrupt end. We are reaching a crunch point where for many, work will not only be futile in order to stay out of debt, but actually not affordable without cutting corners on things like car insurance, a problem that will not go away even with the new draconian measures. We are reaching a point where the so-called coping classes are not coping. They are being criminalised by way of not making ends meet. The County Court claims offices are going to be busy little bunnies.

Following this will come an upsurge in broken homes, domestic abuse and doorstep violence, undoubtedly involving state licensed thugs receiving head traumas and stab wounds. This, after all attempts at getting actual justice have failed.

What is puzzling is why people are not taking to the streets, firebombing their council offices and petrol bombing the local branch of Natwest. But that is to come. The worm is turning. Today we have this and interestingly, this:


Vodafone refused to speculate on whether the break-in could be linked to several high-profile controversies involving the company. It was recently the subject of protests over claims that the firm was let off paying part of an outstanding UK tax bill.

Maybe the saboteurs have got the wrong target, but if not, we can expect more, especially if they keep piling on the bills while their noses are as firmly entrenched in the trough. Enough will soon be enough. The growing sentiment, from groups that would normally be considered quite restrained, is that they have to be taught a lesson outside the corporate box.

Many are hopeful that this is precisely that, and that it will be the first of many. For the moment, too many people have too much to lose to risk joining in. But, in a year or two, as the system strips people to their  bare essentials, sentiment could change dramatically. Then, as they say, we shall have some serious fun. There is nothing quite so dangerous as a man with nothing to lose. As for the women - don't even think about it.