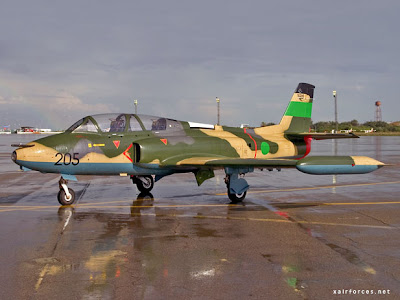 No doubt the magnificent Kermits in their flying machines are patting themselves on the back for shooting down a Libyan jet yesterday, caught defying the "no-fly" zone. Swooping down in their high-tech Rafale fighters, launching their multi-million-euro guided missiles, there was no escape from our gallant allies.

Doubtless, these steely-eyed defenders of democracy – and Sarkozy's election prospects – were completely justified in what they did. It is a real pity though that the Libyan jet was a 30-year-old Soko G-2 Galeb trainer, which was apparently already on the ground after flying briefly over rebel-held Misrata, 130 miles east of Tripoli.

This is the technological equivalent of a Spitfire shooting down a Tiger Moth, which is about as brave as brave can be. In fact, so brave is it that it is probably the nearest thing to murder you can commit, without having to go to court.

Quelle heroisme!  We are so proud of you.