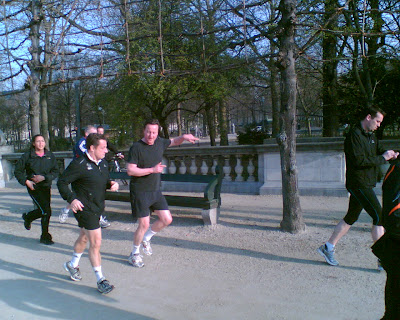 The European Council has agreed on the fiscal framework of the permanent rescue mechanism in the Eurozone called the European Stability Mechanism (ESM).

The ESM is to replace the European Financial Stability Facility (EFSF), a temporary bailout fund set up in May 2010 by the cabinets of countries in the Eurozone, whose fiscal assets reach €440 billion. ESM is expected to become operational in July 2013. The joint assets of the ESM will be €700 billion.

This was the substance of the treaty change sneaked past parliament, regularising a position where the EU has been acting without treaty cover (i.e., illegally) in bailing out Greece.

The news was announced by the European Council President, Herman van Rompoy, who says that: "We reconfirmed the operational features of the permanent stability mechanism. We will make sure that €500 billion is available."

What makes this very different, of course, is that it locks in, as a treaty obligation, the requirement for non-Eurozone countries, such as the UK, to contribute to this fund. Hence, when Portugal comes begging, the government will be putting its hands in our pockets to keep the "colleagues" solvent.

But, having stuffed us all for what is estimated to be another £3 billion – when and if it is called off – the happy chappy cammy is seen chuntering away to his new bestist friend Sarkozy as they go for a little trot this morning in Brussels – snapped by an incredulous reader. Does he ever stop pontificating?

It is quite entertaining, meanwhile, to have Warren Buffett prick the bubble, telling us what we knew already: that the collapse of the euro is far from "unthinkable". Never mind that it is only a matter of time, and many of us have been confidently predicting its demise ever since it was set up.

Nevertheless, Buffett believes there will be "huge efforts" to preserve the euro, which will continue to be the case as long as the "colleagues" can dip their hands in our pockets and do not suffer the consequences of their own stupidity. One notes, in that context, that ex-prime minister Socrates turned up at the European Council, this time as the "caretaker" prime minister of Portugal. No doubt Dave touched him on the sleeve and murmured a few kind words of sympathy.

In the meantime, says Buffett, struggling peripheral countries like Portugal must find a way to resolve fiscal crises. "You can't have three or four or five countries that are in effect free-riding on the other countries. That won't work over time," he says.

I suppose that's what being a guru is all about these days ... making statements of the bleedin' obvious. So why aren't we rich and famous?