One of our interests is missing 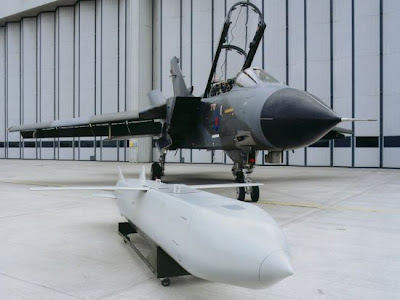 A small salvo from Szamuely. Does Dave really know what he's doing? Well, there's always room for accidents, but this isn't one of them. Such is the hyperbole from the hand-wavers and the babies that not one is asking the key question – what is the national interest? Yet they are happy to report without a bat of an eyelid that the RAF is now preparing to use Storm Shadows against Libyan targets.

These, of course, are the million pound bombs that the Tories originally ordered as another of those mad European ventures from wonder boy Portillo. Kermit tills will be ringing out as they work out the cost of replacements of what is primarily a French project. Unsurprisingly, Sarkozy is beaming with pleasure.

And that really is the question – of all the mad dictators in the world – why is this Dave's or even our problem, to the extent that we can afford to lob million-pound missiles at stretches of empty desert? Do we actually want to support these rebels? Or is this really about giving Dave some feel-good headlines while topping up the Kermit tills with our money?