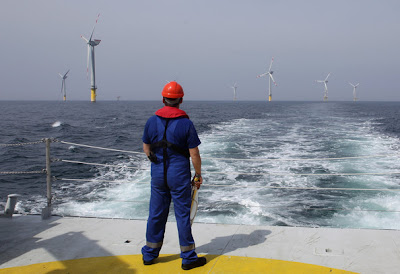 A study of renewable energy in Scotland now shows that for every job created in the alternative energy sector, almost four jobs are lost in the rest of the economy.

This is a new study called "Worth The Candle?" by the consulting firm Verso Economics which confirms the experience of Spain and other countries: The creation of "green" jobs destroys other jobs through the diversion of resources and the denial of abundant sources of fossil fuel energy.

The economic candle in the UK is being blown out by wind power. The Verso study finds that after the annual diversion of some £330 million from the rest of the UK economy, the result has been the destruction of 3.7 jobs for every "green" job created.

The study concludes that the "policy to promote renewable energy in the UK has an opportunity cost of 10,000 direct jobs in 2009-10 and 1,200 jobs in Scotland". So British taxpayers, as is the case in the US, are being forced to subsidise a net loss of jobs in a struggling economy.

I suppose it could be worse, though … they could be building electric vans.