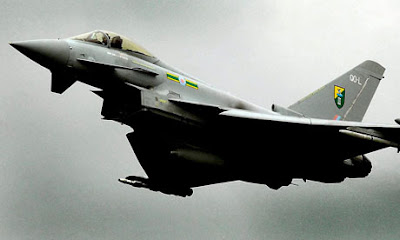 There seems to be mixed response to Dave's little African adventure, which has a ComRes/ ITV News poll telling us that 53 percent of respondents think British forces should not risk death to protect Libyan opposition forces against Gaddafi's regime.

However, just to illustrate how you can get virtually any answer you like out of opinion polls, a YouGuv poll has 45 percent of respondents agreeing that Britain, the US and France are right to take military action against Libya. Only 36 percent think it is wrong.

By contrast, Blair's folie de grandeur, the invasion of Iraq, had in 2003 some 54 percent in favour, and 30 percent against. Even the best response for the Heir to Blair doesn't match his approval rating.

Meanwhile, the babies are squibbling about a dust-up between 13th Century Fox and Gen Richards, over whether Dave has permission from the UN tranzies to kill Gaddafi. With the former GP saying "yes" and the professional soldier saying "no", and No. 10 briefing against its own CDS, one yearns for regime change ... in Whitehall. But why do Richards and his bag carrier wear DPM? Why aren't they in proper uniform? 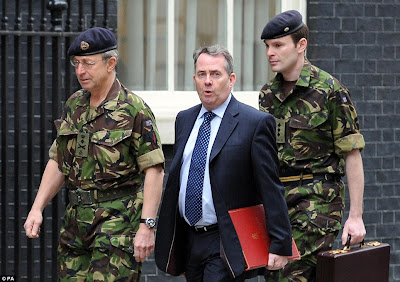 As to Dave's War, more Tornadoes are now on station, and the Eurofighters at £70,000 an hour are now in Italy, strutting their stuff. Never mind that no one is quite sure whether there are enough pilots. Dave's ego has to be served.

Yet, after scrimping on the basics and firing fast jet pilots, he is running up a bill faster than a lawyer on overtime, stacking up the defence budget that he was so keen to cut. And that may be the ultimate outcome of Cameron's game of silly buggers – that policy and financial rectitude are infinitely flexible when the tranzies come calling.

The funny thing is that Dave also got "overwhelming support" in the Commons for his bid for glory. Even though the Boy is sluicing money down the drain, MPs have voted by 557 to 13, a majority 544, in favour of the wee pretendy war. Yet again, one sees the Westminster bubble speak ... and the nation does not follow. MPs are engineering their own redundancy.