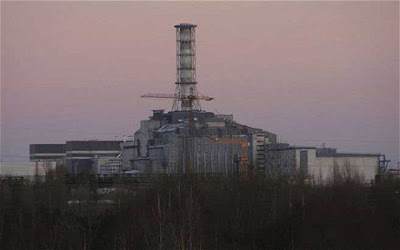 There is no parallel between Fukushima and Chernobyl at all, says Booker , who notes that the scaremongers have been out in force, with talk of "meltdown" and claims that the Japanese nuclear power plant emergency threatened a disaster "worse than Chernobyl".

There is, of course, says our man, no parallel with Chernobyl at all. The problem at Fukushima was not the explosion of a working nuclear reactor (all its reactors had been automatically shut down). The main problem was the lack of water to cool spent fuel rods.

Then, even if the overheating rods caught fire, the worst-case scenario was never more than that some radioactive particles, given an unfavourable wind, might reach as far as Tokyo. There was never any chance that this could compare with Chernobyl, although even the long-term effects of that 1986 disaster, as it turned out, were very much less serious than scaremongers at the time predicted.

Booker makes the point that the excessive stockpiling of fuel rods at Fukushima has arisen because pressure from anti-nuclear groups has made the safe dispersal of nuclear waste so difficult. This means, in a sense, the Greens are partly responsible for the problems – not that they will ever admit it. Greens never take responsibility for anything – everything is always someone else's fault.

The big problem though is that the effects of this unique accident on the renewed drive for the nuclear energy that the world so desperately needs may be seriously damaging. In the forefront of those countries which have now responded by closing down reactors or abandoning plans for new ones is Germany, where Angela Merkel was booed in the Bundestag for suggesting that we should move on to "the age of renewable energy as soon as possible".

At least here in Britain our energy secretary, Chris Huhne, has so far refrained from saying anything so fatuous; although how he is going to persuade our German and French-owned electricity companies to build the nuclear power plants needed to keep Britain's lights on will be more of a puzzle than ever.

Really though, there are enough complications to our energy policy already, without adding this – which is something we as well as the Japanese could have done without.