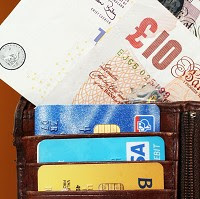 The average British household has seen its real-terms income fall by £365 in the worst three-year squeeze since the early 1980s, according to the Institute for Fiscal Studies, dragging it down 1.6 percent since 2008. During the previous half-century, the average income had risen by 1.6 percent each year.

Against that, inflation is up to 4.4 percent, taxes are up, and are set to increase further with today's budget, as Government finances continue to spiral out of control.

This is balanced by reduced entitlements, poorer services, increased charges and public sector fees – all the while the ruling classes continue to pay themselves more and better salaries and pensions, while the rich get richer and the poor get poorer.

This, it seems, it just the time to embark on a foreign adventure, to keep the minds of the plebs focused on the bread and circuses – except that most people aren't buying it. They are deeply suspicious of the cost and alarmed at the evidence that the Boy doesn't actually know what he is doing.

This is getting close to the stuff of revolution. We are not there yet, but each of these developments brings us a step further down this perilous road, from which there is no turning back once the destination is reached. But not only are our ruling classes out of touch, they seem to have lost the ability to understand the consequences of their own actions.

Put it altogether, in very simple terms – cut people's incomes, increase their outgoings, and then treat them with contempt, and they will bite you. This should be easy enough to understand but, one fears, in today's budget we are going to see another example of political incomprehension. Unless our political classes have a death wish, however, they should never under-estimate the power of people who have nothing to lose.