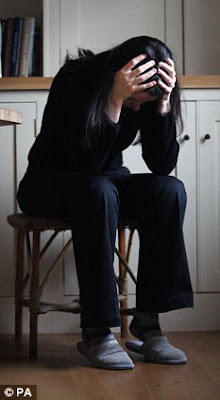 The Reuters news agency is reporting that British homes and businesses are likely to see their energy bills increase further as a result of Japan's nuclear crisis and the political turmoil in North Africa.

Even before the violence in Libya cut gas supply to Europe, and the closure of several nuclear power plants in Japan drove up UK energy prices, UK suppliers had already raised their tariffs blaming rises in wholesale costs since early 2010. This was already set to cost us about £63 more, on average, this year.

But further increases in wholesale prices - with gas for summer delivery up 17 percent and the equivalent power price up 11 percent from the start of 2011 - together with the high cost of bringing more low-carbon technologies into the UK mix, are likely to filter through to cash-strapped British consumer customer bills in a few months.

The interesting thing though is that the soubriquet "cash-strapped" is not mere polemics. According to The Daily Mail, around twenty percent of British households are in debt to their energy supplier. Consumers collectively owe a massive £624 million to electricity and gas companies. The average amount of debt now stands at £126 per household, a lower figure than last year but still 10.5 percent higher than in 2008, when the average debt stood at £114.

Mind you, putting the global figure in perspective, it would appear that punters are queuing up to pay £500 million for Olympics tickets – if they could get the payment system to work ... and the countdown clock, which also seems to have ground to a halt.

That is not to say that the people who are apparently having trouble settling their energy bills are the same who are going to be buying tickets, but it does indicate that there is a certain amount of gash money in the economy.

Nevertheless, the people who are really going to be caught out are the politicians. Having been confident that they could top-load energy bills to pay for their carbon fantasies, they will find energy prices already increasing to unacceptable levels, without their imposts. Carbon-free mania is looking unaffordable, so the politicos are going to have to rein in the greenies - and their own ambitions.

When we first heard the news of the Japanese earthquake coming in, little did we expect such widespread consequences. And the ripples have by no means begun to abate. In fact, the stresses are beginning to multiply.