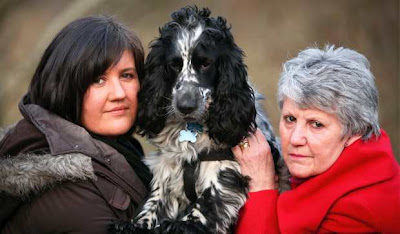 A long time ago, I got the job of writing the regular farming column in Private Eye called Muckspreader. It was my first regular journalistic job and, while I had plenty of experience of writing, it was quite another thing keeping up a regular flow of original stories for a national magazine.

For advice on how to handle this, I turned to the first editor of Private Eye, my then partner in crime, a man better known as Christopher Booker. Amongst the tips he gave me was that, by taking two different stories already in the public domain, bringing them together, either to make or reinforce a point, could itself qualify as a genuine, original piece of work. 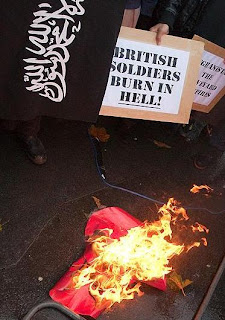 In that context, and using the shock effect of undisclosed links, we can bring together this story, illustrated by the picture above, and contrast it with this story - illustrated right.

Now to disclose the stories, in the first we see a pensioner was slapped with a £50 fine as she mourned by her father’s grave – because she came with the family dog. Val Brogan, 65, was tending the resting place of her late dad James Eyres when she was approached by two police community support officers.

Val – who was with her daughter, Nicola Erlan, and Nicola's cocker spaniel, Bailey – was told the cemetery had a strict no-dogs policy and slapped with the on-the-spot fine, despite her tearful protests. The fine has now increased to £80 because she has not paid immediately.

What is especially chilling is the leaden response from Manchester Police, who are responsible for this piece of inspired community relations. They have defended the action at St Joseph's Cemetery in Moston, saying "they were only following council orders".

And now for the contrast ... we have Emdadur Choudhury, who milks British taxpayers for benefits which include a free council flat in Bethnal Green and almost £800 a month state handouts, who last week "laughed at justice" as he was handed a paltry £50 fine for setting light to poppies on Remembrance Day and yelling "British soldiers burn in hell".

Further comment is largely unnecessary, other than to wonder at what precisely was going through what passes for the brain of District Judge Howard Riddle, the man who made the decision to impose the fine on Choudhury. Perhaps he should have some quiet discussions with the plastic police in Manchester. 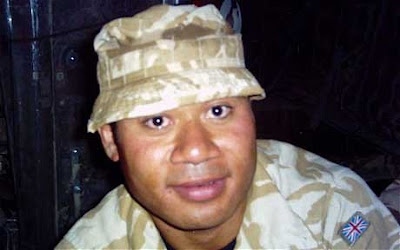 We will permit ourselves the observation though, that any society which permits this contrast – and whose officials and elected representatives do not actively seek to remedy the matter – are party to terminal decay. But just to rub this in, we have another contrast – the fate of Pex, again highlighted by Booker, compared with the treatment of Emdadur Choudhury.

One could start getting seriously angry here.