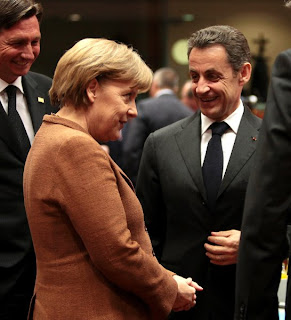 It is beginning to look very much as if Portugal will be needing about €100 billion by way of a bail out, although the Irish Times is suggesting about €70 billion. But, with different sources coming up with different figures, the only thing that is absolutely clear is that no one really knows what is going on.

The Independent is telling us that, yes, we are going to have to find money for the bailout – about £3 billion. But it says that we contribute through the IMF, not the EFSF soon to become the ESM, although it is not there yet and the details have yet to be finalised.

Needless to say, the Daily Mail is coming up with something different, suggesting £6 billion, which is equivalent to £300 for every family in the country, as a down payment. Further than that, I really can't make sense out of the British media. But then the Irish Times comment is talking about a "messy summit in Brussels", which means that it doesn't really know what is going on either.

That notwithstanding Spiegel seems to think it knows what is happening. EU leaders achieved a breakthrough in Brussels on Thursday night, reaching a deal on the permanent crisis fund that will come into effect in 2013.

Our biggest problem, I suppose, is we don't really want to know what is going on. We just want the EU to curl up and die. No one will worry in the slightest if we never see any more three or four-letter acronyms again from this dire organisation.

As always, though, amid the confusion, there are two certainties. One is that this is going to cost us an awful lot of money. The second is that our masters are not going to ask our permission before they put their hands in our pockets again. The third is that, for the time being, there is very little we can do about it. And if you want a fourth, well, nothing ever stays the same for ever.