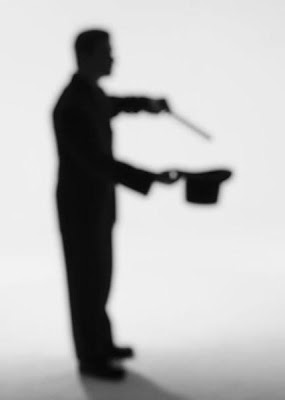 You should treat chancellors like stage magicians. Whenever they want you to look in any one direction, look around to see what they are trying to hide. Patrick Collinson in The Guardian is pretty sure he's got the measure of the beast, telling us that the real impact of the budget on families is the "pre-announced" tax and national insurance policies and decisions on Threadneedle Street.

I couldn't even begin to disagree with Collinson, which turns the whole budget charade into the usual "smoke and mirrors" exercise. This is, of course, well evidenced by the fatuous "three-year moratorium" on new domestic regulation for all businesses employing fewer than 10 people.

Given, as my colleague points out, this does not include EU regulation, it is about as much use as closing a porthole in the Titanic to keep out the encroaching waters. Yet, after the initial announcement, England Expects noted that the fact that EU regulation was excluded had to be dragged out of the Cleggerons.

However, Collinson notes a trend begun by Gordon Brown, but taken up with alacrity by Osborne, where budget speeches now rarely tell you just about the year ahead. Crowd pleasers (fuel tax giveaways, job creation programmes, the £630 rise in the personal allowance) are brought forward, while bad news has already been "pre-announced" and can be safely brushed under the carpet.

Meanwhile, says Collinson, in the real world of personal tax – what will actually happen to your wage packet next month – it's payback time.

And that, of course, is the bottom line. This budget is vaguely described as "fiscally neutral", but to redress the damage cause by the pre-announced tax grab, it would have had to have been a record give-away. So, when the smoke has abated, and the mirrors have been put back in store for the next occasion, we will all be poorer, and sadder.

But I suppose if we look on the bright side, one day it'll be our payback time.