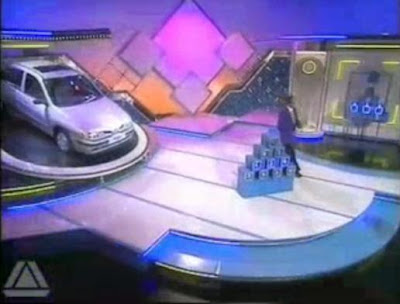 If it was simple enough to understand, it probably wouldn't be a problem. But with the media all over the place, different figures being splattered about and any number of divergent opinions, you just know that something extremely serious is going down.

I refer, of course, to the looming Portuguese bail-out, which now has Ewald Nowotny, a governing council member of the European Central Bank, pitching in telling Portugal that it should take the money. Jean-Claude Juncker, the chairman of Eurogroup, is also at it, saying he thinks Portugal would need an aid package worth €75 billion, and there are many more besides, all telling this benighted country to take the money.

This is getting like that dreadful TV game show, Take Your Pick, where the contestants had to answer a few simple questions and then decide whether to "take the money" or "open the box". In this case, the box is Pandora's box, and there ain't no prizes inside, but the money is no big deal either, because it comes at a hefty price.

Needless to say, Portugal is not on its own. Ireland is trying to secure an extra €60bn (£52bn) of medium-term funding from the ECB to replace emergency temporary help given to the banking sector by Ireland's central bank. They are all in a rush before yawning gaps are discovered in the banking system, with some pundits suggesting that Ireland's biggest banks need as much as €15bn to €20bn of extra capital.

Then there's Spain, which has so many people rushing to say how everything is fine that you just know that it is teetering on the edge. Certainly, when The Guardian says "there are no fundamental reasons to fear a Spanish sovereign debt crisis", start getting seriously worried.

But the really interesting thing is the Financial Times (no link), which is reminding us that the bit of witchcraft last week, with the European Stability Mechanism (ESM), isn't due to get started until 2013 and won't be fully funded until mid-2017, with a paid-up capital base of €80bn – if at all. But that leaves the current bail-outs to be dealt with under current mechanisms, including ECB black magic and IMF hand-outs.

And that, as the Irish are finding out, is a different sort of game. It's called Hobson's choice – any which way you turn, you get shafted ... although it could be Morton's fork. Either way, even opening Pandora's box would be a better bet.