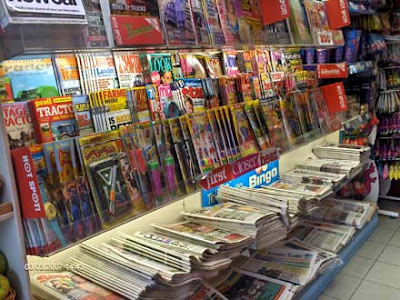 For the first time ever, more people said they got their news from the internet than a physical newspaper last year. This is according to a study from the Pew Research Center, reported in the Los Angeles Times, with the added detail that the only platform to beat the web in terms of audience was TV.

The caution here is that this applies to American adults, and may not apply to the UK. However, it does show the direction of travel, reinforcing earlier studies. And, while most of the traffic goes to the websites of traditional news providers, our own experience shows that blogs too are increasing their share of the readership.

This has the makings of a game changer. Politicians have always assumed that the MSM is the primary disseminator of news and opinion, while also assuming that, if they stay abreast of MSM content, they are in touch with the issues in front of the population.

With far more news providers on the block, and with an increasingly fragmented agenda, those comfortable assumptions no longer apply. And nor does the parallel assumption that the MSM is setting the agenda. The paradigm is changing – and with it the balance of power.

Where this all ends up is anyone's guess, but it is reasonable even now to suggest that things are never going to be the same again.