An era of plenty? 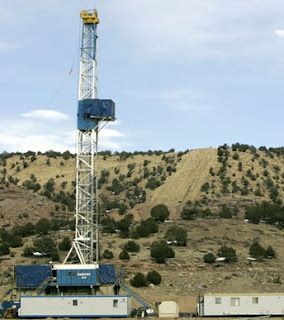 A run of articles over the last week, most notably from The Economist and The Financial Times, highlighted the transformation in the energy industry, as increasing amounts of shale gas reach the market.

That, with other unconventional sources of gas, seem set to banish the nightmare prospects of energy shortages for the foreseeable future, providing a substantial source of new fuel for electricity generation.

We are on the verge of moving to an era of shortage to one of plenty. The geo-political and economic ramifications of this are substantial, and the longer-term impact on our energy policy is, to say the very least, interesting.

We picked this up over 18 months ago in a piece written in August 2008, although I should have read my own work more carefully before writing this and this.

In an online briefing, however, energy expert Nick Grealy tells us that the very recent changes in natural gas extraction technologies must lead to an update of UK energy thinking. The only uncertainty lies in how up-to-date UK policy will be, he writes.

While the overall impact will be positive, it must be emphasised that there will be a period of disruption. Widely, strongly and long held opinions over key issues will be found to be no longer applicable in a world where accessible natural gas reserves have grown so rapidly. All current assumptions on UK energy policy, therefore, need to be revisited and updated according to new realities, not past dogma.

Not least, several assumptions underlying the 2007 Energy White Paper are no longer valid, simply because it was predicated on a natural gas shortage that no longer exists. Most energy experts, and the general public have been told for many years that UK natural gas is in terminal decline, prices will inevitably rise and that "security of supply" will be a continuing issue.

But, Grealy says, UK natural gas production levels will be increasingly irrelevant in an over-supplied globalised market. Over supply will lead to lower prices which in turn may make carbon taxes to tackle carbon production and use a more palatable alternative.

Natural gas is not a "low carbon alternative", we are told. But the public will be aware that it is a least carbon intense and more economical alternative to oil and coal. Who will make the case? None of the political parties and few energy or environment professionals appear to have the knowledge about the new gas paradigm and an up-to-date view.

The potential is for natural gas to be a bridge to a no carbon future, even as it provides a substantial reduction in carbon use in the short to medium term. This is a positive good news message that all should welcome. Any energy actors who act in an overly sceptical or obstructive manner will simply be swept away by events.

Not everyone shares Grealy's optimism, viz this piece in The Times at the end of last year. But Grealy is unrepentant. He is convinced that the good times are about to roll.

This is definitely one to watch. What price renewable energy when gas is plentiful and far cheaper?