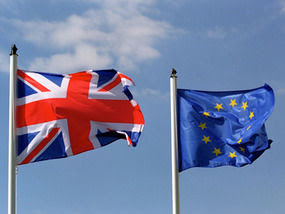 "Imagine an election campaign that actually talked about the things that really concern the British people rather than what the wives of the party leaders think about their husbands."

So writes the Lord Pearson in The Daily Express, who then asks what issues should be tackled and what the election should be about.

It will come as no surprise, of course, to find that the noble Lord, in answering his own question, notes that the election will not be about the issues that really concern us: mass immigration, massive waste in the public services, crime, the European Union and our very democracy. These things, he writes, will be avoided like the plague.

The simple reason is that the power over these and so many other issues no longer resides in Westminster, it has moved to Brussels. The promises of the establishment political parties melt away like the grin on the Cheshire cat once this stark reality shines upon them.

Predictably, the focus of much of the rest of the piece is on immigration, with Pearson asserting that 5,000 people a week are moving to this country to live, a city the size of Southampton every year. Yet, last week, he says, all three establishment parties sang in harmony: Turkey must join the European Union.

You heard that right, says Pearson. Not content with throwing our doors open to all European countries with the result that millions have moved here they want Turkey to join as well.

Sadly, with such emphasis on immigration, many other relevant issues are given short shrift. And there is no specific mention of climate change - only a passing nod at energy policy, with a reference to "the looming energy crisis". Environmental policy is dictated by Eurocrats, we are told.

Nevertheless, the conclusion is sound and one with which we could hardly disagree. This election should be about who governs Britain, Pearson asserts.

"Should it be politicians elected by the people of Britain? Politicians whom we can fire if they do not perform or prove themselves corrupt and dishonest? Or should it be run by ranks of foreign bureaucrats, unelected, unaccountable and immovable? Why shouldn’t it be the people themselves who have the power to govern?"

To ask the question is to answer it, declares the noble Lord. "To answer it is to vote UKIP." There are many who would agree.