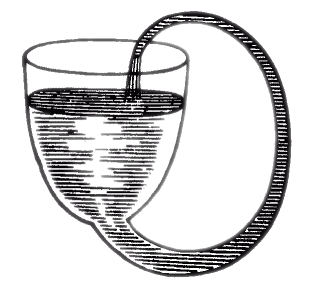 Let's see now, we have a bunch of bureaucrats officiously developing schemes to make energy more expensive, all in a bid to force us to use less in the interests of saving the planet.

That, inevitably, means that an increasing number of people in low income groups cannot afford energy at all, or are forced to pay such a high proportion of their incomes on basic energy costs that they fall into the category defined as "fuel poverty".

To deal with that, we have another bunch of bureaucrats officiously developing schemes to compensate those people, in an attempt to ensure that these people are able to maintain at least a basic level of warmth and comfort.

Being bureaucrats, whose only real talents are in making thing more complicated and expensive, they fail dismally in their endeavours. We thus learn that the number of households in "fuel poverty" – or spending more than 10 per cent of their income on heating – has doubled to around 4.6 million this year.

Confronted with this predictable failure, what do our gifted MPs do? Ah! They suggest an even more complex and expensive scheme, better able to target the people who are missing out – one which will require even more bureaucrats and which will, in the scheme of things, prove no better than the system it replaces ... if indeed it is implemented.

But do they even consider the root cause of much of this "fuel poverty" – the fact that we have another part of the government making energy more expensive? Er ... Nooooooo. So the bureaucratic machine grinds on, the nearest thing to perpetual motion every invented, extracting more and more money from us while we get poorer and poorer – and not just "fuel poverty".

When we have a set of MPs who can put two and two together – or, more to the point, abolish two sets of bureaucrats instead of creating more – then we will have representatives worth voting for. Until then, we can only shake our heads in sorrow and wonderment, and wait for the unseasonable snow in what is, officially, British Summer Time.