Who owns the science? 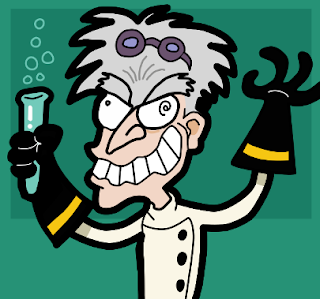 Jo Nova makes a good point in her recent piece about the hideously complex task of tracing funds spent on climate change research. It's a PhD size project, she writes, and there are no grants available to fund this kind of PhD.

Actually, as I've hinted before, I'm not sure it's even doable. The tortuous flows of money, the multiple agencies involved, the extremely slack accounting in some instances, and the lack of any clear definition of "climate change", all conspire to make any calculations extremely tenuous.

There may even be an element of exaggeration – not only for the reasons Jo suggests, that some agencies and governments want to be seen as "green" but also, many projects are deliberately falsely categorised, just to get the money. Knowing which way the wind is blowing, many academics tag a "climate change" label on work that would have been done anyway, to improve the chances of a grant award.

However, the job has got a great deal harder with a poorly reported announcement at the end of last year, heralding the launch of a "Global Research Alliance" on agricultural greenhouse gases. The Washington Post was one newspaper which did pick it up, on 17 December, retailing a statement from US agriculture secretary Tom Vilsack on a 21-country "research alliance" which would include the United States.

The objective is "better to understand - and prevent - greenhouse-gas emissions from farms," and Vilsack promised that the US department of agriculture would increase its spending on farm-emissions research by $90 million over four years, bringing it to a total of $130 million.

This multiplies the tracking problem in several ways, as Vilsack says research projects will be shared with the other countries in the alliance, leading to multi-national projects of the type we have already seen – but on a larger scale. Global costs will (sometimes) be identified, but there will be no clues as to the apportionment between individual countries.

This is exactly the sort of dynamic evident in EU research funding. For instance, in a current project called INCREASE, we see details of an "integrated network on climate change research activities on shrubland ecosystems". The lead institution is Københavns University in Denmark but there are seven partners, from five countries, including the UK.

Crucially, the UK partner is the Natural Environment Research Council (NERC) which itself is a funding body. Thus, funding identified on the NERC database will include an unknown element of EU cash, making apportionment extremely difficult. Yet this is no small project. It started in March 2009 and will finish in February 2013, costing €7.78 million, of which the EU will pay €6 million.

What is not evident from the title is that this is part of a much larger study aimed at identifying the "carbon budget" of a small part of the ecosystem, the combined projects all focusing on agriculture and its assumed role in climate change.

This issue has massive political and economic significance, the extent of which could hardly be overstated. In the IPCC's Fourth Assessment Report, the role of agriculture was highlighted. As the global industry is reckoned to account for 14 percent of all greenhouse gas emissions worldwide, it is being presented as a prime target for "mitigation" measures.

What this amounts to is that agricultural policy is progressively being re-framed. No longer is food production, per se being seen as the absolute priority. More and more, the climate change industry is looking to "land use" as an attractive way of reducing emissions – where the focus is on bullying individual farmers rather than having to confront the power of the industrial conglomerates.

Already, in EU terms, spending is huge. One project alone, code-named CARBOEUROPE, received €16.3 million in funding from the Sixth Framework Programme (FP6) and about €30 million from member states.

In the current round (Seventh Framework Programme), spending is continuing, with projects such as SOILTREC, aimed at establishing an "integrated model of soil processes that describes key soil functions", part of the process that will help define the EU strategy on agricultural management. Led in this case by Sheffield University, this is costing €9.16 million, of which the EU is paying €6.97 – and calling the shots. Once again, NERC is one of the beneficiaries.

Another massive project is GHG EUROPE, looking at "Greenhouse gas management in European land use systems", aiming to "improve our understanding and capacity for predicting the European terrestrial carbon and greenhouse gas (GHG) budget." It started in January and will run until June 2013, costing €8.93 million, with a €6.65 million EU contribution.

The point, of course, is that while individual nations are paying for this research, through their EU membership payments and the greater amounts in "co-funding" top-ups, they neither define the research priorities, control the research nor own the results – despite the political implications. Equally, the research scientists involved are not responsible to their national authorities but to a supranational agency. Not only are they becoming politicised, this is happening at an international level.

Unsurprisingly, when it comes to the Global Research Alliance, the EU is heavily involved and plans to support it with secretarial assistance. It is seen as an opportunity to coordinate funds and activities, the EU priding itself on "its long experience in bringing together national research programmes to tackle shared problems."

So, yet another transnational body is in the making, detaching still further the research effort from its national base, blurring the lines of responsibility and destroying the last vestiges of accountability. And there lies the greatest of all dangers. Too often, we hear ministers tell us that they must be "guided by the science". But, we have to ask, who owns this science – and who is it working for? It is no longer ours, and it does not work for us.