The death of real politics 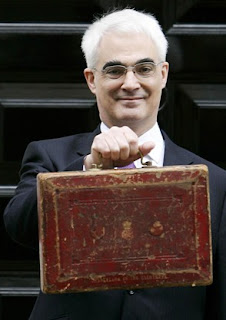 For a student of such matters, one of the fascinating aspects of contemporary politics is how narrow, party politics have overtaken the real thing, to the extent that the professional politicians and their respective claques no longer have any understanding of what politics is about.

Immersed in Westminster bubble gum, they have come to believe that the tat and trivia of their daily fare is politics, rather than what it is, the froth and theatre attendant on the exercise of power.

Then, suddenly, and probably unwittingly, we see on what is one of the most political of all days - budget day - The Times come up with the headline: "Nuclear and wind power will be at heart of Alistair Darling's Budget"

At last, we see real politics. There is nothing so intensely political as money, and its expenditure, and energy – the very heart of civilisation as we know it. The two combined make for a heady mix, with decisions about to be taken which will have major repercussions for decades to come, in our pockets and, potentially, on our most basic lifestyles.

What gives these issues their edge is that politics, in its proper sense, is about policies – and in particular choices. The essence of the political process is the construction of different policies by different parties, and of choices made between them. In the normal course of events, voters gravitate towards their preferred policies which bring them into the ambit of the parties that offer them.

But, when there are no policies, or the policies held by different parties are the same, then real politics die. The substitute – a choice between parties – is a pale shadow of the real thing. It is not politics. It is a beauty contest – fun while it lasts but entirely lacking in substance.

And today, that is what we are going to see. When Darling stands up and puts "nuclear and wind power" at the heart of his budget, he will differ only in detail but not in substance from the Tories. There is argument at the margins, about how precisely this plan should be financed, but no disagreement that "nuclear and wind" should be at the very heart of energy policy.

That means that both parties subscribe to the fiction that, to renew Britain's electricity generation infrastructure will cost in the order of £200 billion – a figure so widely accepted and undisputed that we even see it trotted out by Rowena Mason, supposedly The Daily Telegraph "expert" on energy matters.

In fact, the figure is far higher than it should be. The cost of "conventional" capacity is about £1 billion per gigawatt, and we need about 100 GW installed capacity in about 20 years. We are looking at double what should be spent. And £100 billion is an awful lot of money to throw down the drain.

The reason for the waste is, of course, not difficult to work out. Both parties are committed to building about 30GW of offshore wind. At £3.1 million per MW installed capacity, that runs to about £90 billion. With the grid needed to serve the network, that makes, as near as damn it, £100 billion.

For the money, we will get about 30 percent load factor – if we are lucky. That, effectively is about ten percent of the capacity required. And all of this will have to be duplicated by conventional sets to provide power when there is no wind. Thus, we end up spending £100 billion on the "conventional" estate and another £100 billion on these useless ornaments.

Now, if we still had real politics, the governing party would be counterbalanced by an opposition. It would mock the insanity and offer what we needed for half the price. We would have real choice. Where to cast our vote would be an easy decision to make.

But we no longer have real politics. We have no real choice, only different parties with the same broad policies. There is no reality, no substance, just difference faces and the same outcome.

Thus, when Darling sits down after his speech, and the opposition starts to dissect his proposals, we will not be seeing politics – only theatre. Politics died a long time ago. To replace it, if the politicians have their way, we will have an array of useless windmills cluttering our seas, mute testimony to the death of something that was once precious but is no more.

And what will be remarkable, in all the torrent of "political" comment today, is how few will actually notice what is happening.