Neck and neck in the marginals 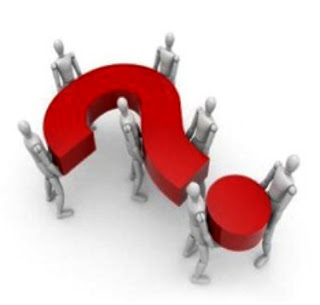 Through the run of declining polls, the Tories have relied, almost as an article of faith, on their internal polling telling them that they were doing better in the key marginals.

The poll has the two main parties on about 38 percent in the seats it polled, giving the Tories a 6.7 percent swing in their favour since 2005 - but not enough to give them an overall majority.

What the polls cannot measure very easily – if at all – is the UKIP effect, where very small numbers of voters can exercise a highly localised effect and rob candidates of seats they might otherwise have won.

Publicly at least, the main parties and all of the MSM pundits are ignoring this phenomenon, yet it was real enough in 2005, when I ventured the view that it could cost the Tories this election.

It may not. As polling day draws close, the "tiddlers" could be caught in the classic two-party squeeze as sentiment polarises. But, given the current anti-politician sentiment and Cameron's lacklustre performance, it would be unwise to bet on it.

The Tories will no doubt continue to argue that a vote for any one of the minority parties is a vote for Brown – a simplistic vision that they hope will drive unenthusiastic voters into their camp.

However, with the possibility of a lower than average turnout and a degree of sophistication amongst those who do go out and vote, a different calculus could apply.

An extremely narrow vote in favour of Brown could put him back in government with no overall majority, in an extremely unstable coalition, leading to a collapse within months – and certainly within a year.

Meanwhile, electoral defeat for the Tories would ensure a very rapid replacement of Cameron and a new leader who might be more responsive to the wishes of the core vote, taking a more robust stance on issues such as the EU and climate change.

A vote for Brown under those circumstances is in fact a vote for a new Tory leader, with the added advantage of forcing the Labour leader to confront his own mess, ensuring that the next election sweeps the newly invigorated Tories into power with a healthy majority.

Inevitably, this is speculation – but not wildly so. And in this strange, iconoclastic mood that afflicts the nation, anything is possible. At least ebay is doing its bit though.