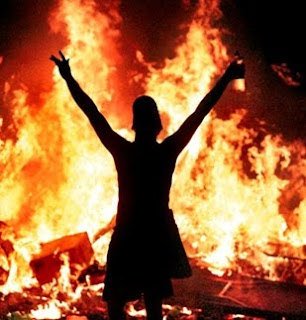 Untouched by even a scintilla of doubt about global warming, the EU has abandoned all restraint and decided to table a proposal which will bind member states to cutting CO2 emissions by 30 percent on 1990 levels by 2020.

Hitherto, the target has been 20 percent, with an offer made at Copenhagen to go for the higher figure "if an international agreement on emissions reductions is secured". But, according to The Times, that agreement is no longer a pre-condition. By contrast, the US is debating whether to cut emissions by 4 percent on 1990 levels by 2020 but is unlikely to make a decision this year.

Needless to say, the British government is right in there, supporting the proposal, meanwhile refusing to publish research it has commissioned on the cost of achieving this target. The EU commission is also carrying out a study of the policies, working out the levels of tax increases that will be needed on fuel and flights in order to achieve the target.

Bizarrely, the new climate change commissioner, Connie Hedegaard, is claiming that EU member states could lose jobs to China unless it adopts the higher target. It is, the commission tells us, in the EU's self-interest because cutting emissions more quickly than anywhere else would help create low-carbon industries which could sell their technologies to other parts of the world.

How our rulers could be capable of subscribing to such a fantasy is beyond mortal comprehension. That we should saddle our economies with multi-billion costs to support industries such as wind farming, which actually contribute to making us less efficient, is simply the economics of the madhouse.

The only consolation, perhaps, is that the peoples of Europe are unlikely to rise up and throw off the yoke of their tormentors until their economies are well and truly wrecked, and they are looking at starvation. The dismal Ms Hedegaard has just brought that day closer.