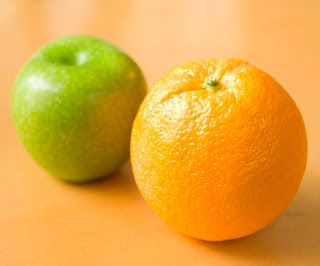 It isn't the done thing to criticise other worthy toilers in the field, especially when they do a reasonably good job – although that hasn't stopped us in the past.

But, having written with Christopher Booker, way back, a book called The Mad Officials, we pride ourselves on knowing a thing or two about regulation and its enforcement. Thus, we could not let the latest offering by Open Europe go by without some sort of comment.

Reviewed by the redoubtable Bruno Waterfield in The Daily Telegraph today, we are told that "EU laws cost twice as much as British ones to enforce," an assertion based on a report by the said Open Europe.

Its study finds that Brussels legislation has cost the British economy £124 billion, accounting for 71 percent of the total cost of all red tape, both national and European, implemented in Britain since 1998. And all this comes from looking at thousands of official impact assessments, thus finding that EU regulation is 2.5 times less cost-effective than domestic laws.

On that basis, we are earnestly advised by Sarah Gaskell, author of the study, that: "Our research clearly shows that it's far more cost-effective to regulate domestically than is it is to legislate through the EU. This means that passing laws as close as possible to the citizen is not only more democratic, but also vastly cheaper."

So far so good, but while we are entirely happy with the idea that EU legislation does cost more than equivalent British law, Sarah Gaskell has a little difficulty proving this. The way she comes to her conclusion is by assessing the national cost-benefit ratios of EU-derived laws, compared with the same ratios derived from dissimilar British laws.

Since the notional cost-benefit of EU laws yields – according to estimate – a ratio of 1.02, while the UK law delivers 2.35, this allows the assertion that EU law is 2.5 less cost-effective. Unfortunately though, Ms Gaskell is not comparing like with like. She is comparing apples with oranges.

For instance, she cites the cost of EU environmental regulation coming into force since 1998, which she asserts is 18 percent of the entire cost of regulation over the same period, or £31.7 billion. But, to make a valid comparison, she would have to compare the cost of current regulations with what might have been our environmental legislation had we not been in the EU.

Here, a "what might have been" assessment is somewhat imponderable, as who knows what an independent British government might have done, given its propensity for making all sorts of draconian laws without EU intervention. It is not beyond the realms of possibility that we could have even worse legislation than we have how.

This is certainly feasible with our raft of food safety laws. Before even EU law was introduced, our "Mad Officials" were storming through the country, making insane and expensive demands which had nothing to do with EU requirements – or even the then current law of the land.

And the EU laws that were eventually introduced were based largely on a British initiative. But for the restraining effect of other member states, they could have been even more rigorous than they actually are.

Therein lies a central flaw in trying to assess the impact of our membership of the EU. Shortly, on 1 April, the British government is to introduce the CRC Energy Efficiency Scheme, stage two of the "cap and trade" programme brought in by the ETS. It is estimated that the first full year of operation will cost £1.4 billion, but the scheme is entirely home grown. It has nothing to do with the EU.

The problem, we concluded, when it comes to regulation, is not primarily with the EU. It is with our own government, which embraces EU laws, asks for more and then creates its own. Departure from the EU could bring us even more – notwithstanding that much of current EU law is actually of international law, implemented via the EU, that we would implement anyway, whether we were in or out of the EU.

If we had a government interested in good governance, a government that was capable of producing good law and enforcing it wisely, like as not it would find EU membership abhorrent. We would never have joined and, even now, we would be on our way out.

Thus, fashionable and entertaining though it is to mount a spurious case against "Brussels", the real enemy is in our own back yard - our own government and our own legislators. In tactical terms, what we need to do is work out what sort of government we want, and how we want to be governed. Demanding that model, one then hopes, would necessarily put us in the EU departure lounge.

But simply longing for our departure is also to countenance putting us in a situation where we are outside the EU, with not very much else changed. In which case, the question is: why bother?

Then, Open Europe is not in the business of seeking our withdrawal from the EU. Much of the report is devoted to improving EU law – a forlorn endeavour, not least when the British government is a major cheerleader in demanding more. Thus, mixing metaphors horribly, the cart is before the horse. Fill the cart with good old English apples, bugger the oranges and sort out where to put the horse.