It's the energy stoopid! 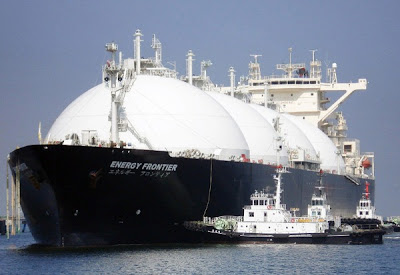 Aside from the peripheral and most decidedly ephemeral pre-occupations of today, an event is heralded in The Times which signals that the geo-political tectonic plates are moving – with profound repercussions in the short and medium-term.

That event is the imminent completion of a $40 billion deal between the Australian oil and gas producer, the BG Group, to supply natural gas to China. This amounts to 3.6 million tons of LNG a year for 20 years, shipped from BG's proposed export terminal in Queensland.

This is by no means the first of the giant Australian gas deals but what makes this very different and very special is that this is coal bed methane, providing further evidence that this hitherto untapped resource is poised to make a significant contribution to the world's energy supply.

Alongside shale gas, it helps re-draw the global energy map, positioning huge reserves of cheap energy in easily accessible, democratic countries. By so doing, it marginalises some of the more inaccessible and unstable regimes, reducing their ability to disrupt the global economy and their political clout.

In political terms, the significance of this cannot be over-estimated. Not least, the impact on Russia and the central Asian republics is likely to be profound. Their high-cost product is proving to be less attractive and necessary, to the extent that plans to exploit some of the Siberian gas fields are already on hold.

The news today of the TNK-BP conglomerate walking away from the vast Kovykta gas field development is not entirely unrelated. The Russian market has been severely dented by the increased availability of LNG and its failure to clinch an important supply deal with China.

As importantly, emerging economies such as China (and, to an extent India) are winning the race to secure supplies of cheap energy – thus underpinning their future prosperity and stability. By contrast, Western economies – and especially the UK together with other European nations – are saddling themselves with high-cost, unreliable cul-de-sac technologies such as wind power, creating a huge drag on their productive economies.

This is what our politicians do not seem to understand. While Clinton (or whoever) might have said, "it's the economy stoopid", underpinning every modern economy is cheap and reliable energy. Thus, it comes down to "It's the energy stoopid". It really is that important, that fundamental.

Yet, as we see today, we have serried ranks of politicians seemingly determined to undermine the very basis of our economy, our prosperity and stability, throwing away the advantages which made our nation great and which we need to exploit to ensure our continued prosperity.

Collectively, they conspire to engineer what amounts to economic suicide, while they prattle endlessly over their mindless trivia. There cannot be a more desperate, deadly betrayal than this, other than the wider failure of the political classes and the media to alert us to the importance of what is going on and to mobilise protest and dissent. We deserve better than this.