"We will not prevail in Afghanistan" 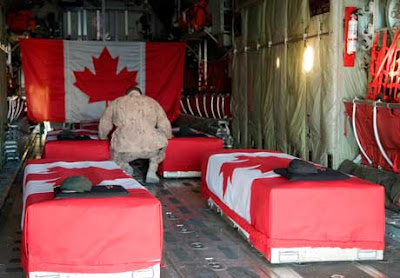 The sooner Canada gets its troops out of Afghanistan the better because the mission is a waste of lives and money in a doomed cause, one of Canada's most eminent diplomats told a Montreal conference Sunday.

That is Robert Fowler, who has told the Liberal party's Canada 150 conference: "The bottom line is that we will not prevail in Afghanistan." He adds: "Once we understand and accept that reality it is time to leave, not a moment, not a life and not a dollar later."

Fowler is not a man to be dismissed easily. He has been a foreign policy adviser to three Canadian prime ministers, deputy minister of national defence and Canada's longest-serving ambassador to the United Nations. More recently, as special UN envoy to Niger he was kidnapped by al Qaeda in December 2008 and held captive in the Sahara for 130 days.

On Afghanistan, he said that it is difficult to rationalise or understand what the Canadian mission can accomplish, what with the Taleban gaining in strength and reach day by day.

"They say look at the number of little girls we have put in school – at a cost of 146 Canadian lives and an incremental cost of $11.3 billion. My, think of the number of little girls we could put in school throughout the Third World – particularly in Africa – with that kind of money. And without having to kill and be killed to get that worthy job done."

He said it appears that our goal in Afghanistan is to colonize the country and replace its culture with ours, a mission impossible for which the Taliban know Canada lacks the resources and dedication to accomplish.

But the money quote is this: "They understand," says Fowler, "enough about our attention-deficit addled politics to know that we simply do not have the heart for a long-haul casualty-heavy, intense, brutal, no-holds-barred struggle in which none of our vital interests are engaged."

What applies to the Canadians applies to us in spades. The "Afghanisation" process is a charade and, for once, The Independent is right.

Crucially, though, there is a more pressing reason why we should depart. Simply, it is this: by common consent, this conflict cannot be resolved by military means. For there to be long-term peace and security, there has to be a political solution. But we are not even attempting to search for, much less broker a political solution. The complexities are being ignored as the conflict is presented in "goodies" versus "baddies" terms.

But there is not one conflict, but several – and many "players" – internal and international. And at the top of the heap is India, allied with Iran, in a proxy war against Pakistan, supporting a tribal Afghan leader who would rather be fighting Pakistan, the traditional enemy, than his own peoples. Yet we pretend that, somehow, Afghanistan and Pakistan - these ancient enemies - are "allies", with common cause against the "Taliban" and the Global War on Terror.

Left to itself, the Afghan government would have its Army ranged on the border with Pakistan, seeking resolution of the Century-old border dispute, centred on the British-defined Durand Line.

The Indians would be supporting the Afghan government, primarily as a means of destabilising Pakistan. The Chinese would be moving in (as they are now) to buy up the mineral assets of the nation, bribing officals to keep them sweet. Pakistan would be paying the tribes (aka "Taliban") to subvert the Kabul government and to damage India. India, for its part, would be paying the same and different tribes, to damage Pakistan. Iran would be working with India, as long as the money (our money, the money we pay in aid to India) was there, but subtly subverting Kabul.

The Pashtun tribes, as always, would be butchering each other, fighting against the government, for the government, some for Pakistan, some for India, and some for whoever paid better or last, including Saudi Arabian paymasters if the mood took them and the money was right. The Baluchi would be fighting everybody, including themselves.

To resolve the issue would require sitting down at a table with Afghanistan, India, Pakistan, Iran, the northern "stans", China and also Russia, and banging heads together.

But even getting the Indians and Pakistanis in the same room, much less round a negotiating table, is almost an impossibility. And we are not even trying to achieve that. We need to keep India sweet, to support our global agenda on climate change, and it is not going to play ball if we start confronting its government with things it does not want to hear.

We could help the Afghan peoples (some of them) – by brokering a political solution. If that was on the table, it might be worthwhile having the military there to support the process. Since we are not prepared to do that, we are not helping. We are just postponing the inevitable.

Short of that political solution, we are left with an irresolvable, low-grade conflict that our military cannot win. It can temporarily prevail where it has enough resource to saturate an area. But, in the longer term, it can only endure, taking casualties in an endless war of attrition until patience and the money runs out. Then we will have to leave. We would be better doing it sooner, rather than leave it until then.