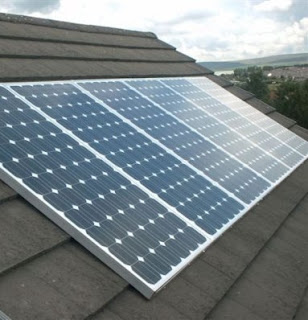 For anyone with any residual doubts about the wave of madness about to engulf us with the introduction of the feed-in tariff on 1 April, they need go no further than read a recent report from the Rheinisch-Westfälisches Institut für Wirtschaftsforschung, entitled: "Economic impacts from the promotion of renewable energies: The German experience".

Packed with detail and well-argued, its conclusions are unequivocal and coruscating. "Although Germany's promotion of renewable energies is commonly portrayed in the media as setting a shining example in providing a harvest for the world," the authors write, "we would instead regard the country's experience as a cautionary tale of massively expensive environmental and energy policy that is devoid of economic and environmental benefits."

In this narrative, taken directly from the executive summary, we are told that the preference for renewables came primarily in the form of a subsidy policy based on feed-in tariffs, established in 1991 by the Electricity Feed-in Law.

A subsequent law passed in 2000 guaranteed continued support for 20 years. This required utilities to accept the delivery of power from independent producers of renewable electricity into their own grid, paying technology-specific feed-in tariffs far above their production cost of 2 to 7 euro-cents per kilowatt hour (kWh).

Even on-shore wind, widely regarded as a mature technology, requires feed-in
tariffs that exceed the per-kWh cost of conventional electricity by up to 300 percent to remain competitive. By 2008 this had led to Germany having the second-largest installed wind capacity in the world, behind the United States, and the largest installed PV capacity in the world, ahead of Spain. This explains the claims that Germany's feed-in tariff is a great success.

However, installed capacity is not the same as production or contribution. By 2008, the estimated share of wind power in Germany's electricity production was 6.3 percent, followed by biomass-based electricity generation (3.6 percent) and water power (3.1 percent). The amount of electricity produced through solar photovoltaics was a negligible 0.6 percent despite being the most subsidised renewable energy, with a net cost of about €8.4 billion for 2008.

The total net cost of subsidising electricity production by PV modules is estimated to reach €53.3 billion for those modules installed between 2000 and 2010. While the promotion rules for wind power are more subtle than those for PV, the authors estimate that the wind power subsidies may total €20.5 billion for wind converters installed between 2000 and 2010.

As in the UK, consumers ultimately bear the cost of renewable energy promotion. In 2008, the price mark-up due to the subsidisation of green electricity was about 1.5 cents per kWh, meaning the subsidy accounted for about 7.5 percent of average household electricity prices.

Yet, given the net cost of 41.82 cents/kWh for PV modules installed in 2008, and assuming that PV displaces conventional electricity generated from a mixture of gas and hard coal, "carbon" abatement costs are as high as €716 per ton.

Using the same assumptions and a net cost for wind of 3.10 cents/kWh, the abatement cost is approximately €54. While cheaper than PV, this cost is still nearly double the ceiling of the cost of a per-ton permit under the EU's cap-and trade scheme. Renewable energies are thus amongst the most expensive GHG reduction measures.

There are much cheaper ways to reduce carbon dioxide emissions than subsidising renewable energies. For instance, the authors say, the current price of emissions certificates in the European Emissions Trading Scheme (ETS) is only €13.4 per ton (October 2009). Hence, the cost from emission reductions as determined by the market is about 53 times cheaper than employing PV and four times cheaper than using wind power.

Moreover, the prevailing coexistence of the Renewable Energy Sources Act (EEG) and the ETS means that the increased use of renewable energy technologies generally attains no additional emission reductions beyond those achieved by ETS alone. In fact, since the establishment of the ETS in 2005, the EEG's net climate effect has been nil.

Turning to employment, while projections in the renewable sector convey seemingly impressive prospects for gross job growth, they typically obscure the broader implications for economic welfare by omitting any account of off-setting impacts.

These impacts include, but are not limited to, job losses from crowding out of cheaper forms of conventional energy generation, indirect impacts on upstream industries, additional job losses from the drain on economic activity precipitated by higher electricity prices, private consumers' overall loss of purchasing power due to higher electricity prices, and diverting funds from other, possibly more beneficial investment.

Proponents of renewable energies often regard the requirement for more workers to produce a given amount of energy as a benefit, failing to recognize that this lowers the output potential of the economy and is hence counterproductive to net job creation. Significant research shows that initial employment benefits from renewable policies soon turn negative as additional costs are incurred. Trade and other assumptions in those studies claiming positive employment turn out to be unsupportable.

In the end, Germany's PV promotion has become a subsidisation regime that, on a per-worker basis, has reached a level that far exceeds average wages, with per worker subsidies as high as €175,000. It is most likely that whatever jobs are created by renewable energy promotion would vanish as soon as government support is terminated, leaving only Germany's export sector to benefit from the possible continuation of renewables support in other countries such as the US.

Due to their backup energy requirements, it turns out that any increased energy security possibly afforded by installing large PV and wind capacity is undermined by reliance on fuel sources – principally gas – that must be imported to meet domestic demand. That much of this gas is imported from unreliable suppliers calls energy security claims further into question.

Claims about technological innovation benefits of Germany's first-actor status are also unsupportable. In fact, the regime appears to be counterproductive, stifling innovation by encouraging producers to lock into existing technologies. In conclusion, government policy has failed to harness the market incentives needed to ensure a viable and cost-effective introduction of renewable energies into Germany's energy portfolio.

On the contrary, Germany's principal mechanism of supporting renewable technologies through feed-in tariffs imposes high costs without any of the alleged positive impacts on emissions reductions, employment, energy security, or technological innovation.

Yet, this is the scheme that is to come into force in the UK on 1 April. Predictably, organisations such as the National Trust are leaping on the bandwagon, having already fitted PV to their Dunster Castle in Somerset (pictured, above). They are adding insult to injury by attracting funding from Barclays, the "Big Lottery Fund Bio-Energy Capital Grants Scheme" and the Rural Development Programme. Equally predictably, they do not tell us how much this is going to cost other electricity consumers, concentrating instead on the illusory "carbon" savings.

Delingpole, of course, gets the point (as well as making a ribald comment about the "independent" inquiry of the IPCC), picking up on the point that the British scheme, when fully developed, will cost the equivalent of four aircraft carriers each year.

Anyone with even a fragment of a brain can see the utter madness of the scheme, and the German experience simply reinforces the blindingly obvious. Yet, it seems that our current government's brain cell is flying solo.

But, if you despair that sentient creatures can be so utterly stupid, until we hear otherwise we have to continue to note that the Conservatives want a much larger scheme, set to cost £60 billion a year. That, in case you are interested, is 30 aircraft carriers a year. (Pick your own comparator if you prefer – it would, for instance, buy 50 billion bacon butties, thereby abolishing world hunger except in the Moslem world).

Forgive me for harping on, but this is so staggeringly stupid – in a land beset with stupidity – that it is difficult to take on board. One can only surmise that they really cannot be that stupid, and it is all a joke. After all, the scheme is set to start on 1 April. Sadly, though, they are serious. We are going to have to do something equally serious.