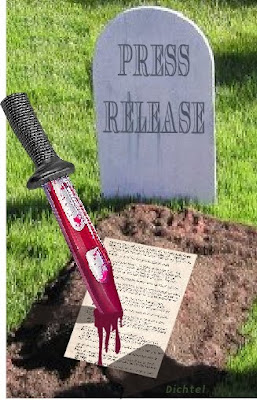 Given the huge amount of money at stake in the Amazon forest, it is entirely unsurprising that the warmists have been more than usually strident in defending their turf, as I noted in a recent post.

Such is their desperation though that they have now fronted Simon Lewis, the scientist cited by Jonathan Leake in his "Amazongate" article in The Sunday Times of 31 January, to make a formal complaint to the Press Complaints Commission.

The complaint is very publicly aired in The Guardian and more fully in a warmist blog, setting out the casus belli.

As readers will recall, the essence of the story was that the IPCC made the unsubstantiated claim that up to 40 percent of the Amazonian forests could react drastically to "even a slight reduction in precipitation" and had thereby overstated the threat of climate change to the rainforest.

Bizarrely, Lewis is not complaining about the fact that the claim is unsubstantiated in the IPCC report. Rather, he asserts that, despite the lack of a supporting reference, the claim is still correct, something he drew to Leake's attention prior to the publication of the article. And it is Leake's failure to inform the readers of that assertion that forms the substance of the complaint.

Lewis thus says in his PCC complaint that "the IPCC statement itself was scientifically defensible and correct, merely that [it used] the incorrect reference... To state otherwise is to materially mislead the reader." Leake is being censured not for what he did write, but what he didn't.

The sin is compounded, according to Lewis, by Leake's failure to acknowledge a pre-publication claim by WWF that their report, on which the IPCC had based its claim, was missing an essential reference – left out by error. Had that been included, the claim would have been supported.

And here we begin to descend into low farce. As it turns out, the missing WWF reference - they tell us is to a publication called Fire in the Amazon, itself not peer-reviewed and produced by another advocacy group, the Instituto de Pesquisa Ambiental da Amazônia (IPAM).

Thus, there are a series of errors here. First, the IPCC cited a study by an advocacy group (WWF) to support its claim. Second, it failed to notice that the claim in the study was unreferenced. Thirdly, the actual reference, had it been used, was to a non-peer-reviewed source.

As to Lewis's claim that the IPCC statement itself was "scientifically defensible and correct", if that is the case, then he seems to be having extraordinary difficulty in proving it.

For sure, as he says, "there is a wealth of scientific evidence suggesting that the Amazon is vulnerable to reductions in rainfall". There are also numerous papers which suggest all manner of figures as to the areas of forest at risk, from diverse causes. But nowhere is there a peer-reviewed paper, or any combination of papers, that supports the very specific IPCC claim, in its entirety.

Without a definitive paper, therefore, all that is left for Lewis to do is point us to a press release or ... a press release. "As a professional scientist I have to clear this mess up, it's important to protect my reputation in terms of providing accurate scientific information to the public," he adds.

And that is what it has come to - death by press release, the arbiter of choice becoming the press complaints commission.