The US goes down the European road 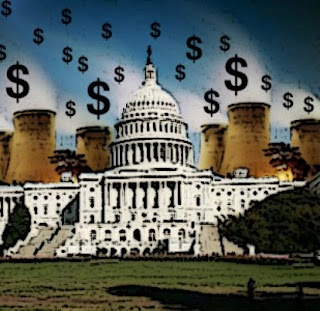 The celebration at the apparent demise of US plans to introduce cap and trade, as heralded by The New York Times, looks to be a tad premature.

In that context, the NYT headline, "'Cap and Trade' Loses Its Standing as Energy Policy of Choice", is more than a little misleading.

Although it certainly seems to be the case that the "big bang" scheme, covering all major economic enterprises, has been put on hold, the concept most certainly has not been abandoned by the Obama administration. Rather, it seems – and perhaps learning from the European experience – that the current plan is to phase in the system, starting with the utilities.

The huge political reaction to the original plans, in fact, mirrors the European experience, where it was intended that the European Trading Scheme (ETS) would apply to utilities and to the major energy-using manufacturing sector.

The response of industrial leaders, however, was to threaten to offshore their plants. The EU commission backed off from forcing them to buy "credits" (or EUAs), instead giving them free allowances. Since this coincided with the recession, the carbon dioxide quotas more than covered the emissions. Many enterprises were able to sell surplus credits, giving them an unintended financial boost, and thereby neutralising political opposition.

The European scheme, therefore, has ended up appling only to the utilities – the electricity generators. This is one sector which cannot move offshore and is less concerned about cost impositions. It has a large consumer base and can spread the costs thinly, so that no one really notices.

But, where the Europeans have arrived by accident, the US seems to be aiming as a matter of deliberate policy. That plan, still being written – we are told by the NYT - "will include a cap on greenhouse gas emissions only for utilities, at least at first, with other industries phased in perhaps years later."

The paper follows this with the rhetorical, "Why did cap and trade die?" But the fact is that cap and trade is not dead. European-style, it is just being phased in more slowly than originally intended. In due course, the EU will also bring the other industries fully into the ETS.

Furthermore, if UK experience is any guide, it will not stop there. This April, a heavily-disguised "phase two" of cap and trade is to start. Misleadingly labelled the "CRC Energy Efficiency Scheme", this – as we pointed out in an earlier post - moves cap and trade downstream, into the light manufacturing, retail and service sectors, still by-passing the major manufacturers.

This UK scheme is ahead of the core ETS scheme, but borrows from its structures. It could very well turn out to be a test-best for the next stage of the ETS, to be introduced by the EU commission in all member states when the glitches have been ironed out.

There are also further developments in the wind. The Conservative Party recently floated the idea of a floor price for "carbon" with a levy imposed on credits when the market price dropped below a pre-set level. This is another ratchet, which brings cap and trade closer to its original intentions – and we could see more of this idea.

If then Obama and his advisors are shadowing European experience – as seems to be the case – US cap and trade is very far from dead. The president instead is adopting European strategies, namely policy by stealth and engrenage, loosely translated as "salami slicing".

The really big, immediate danger is the current low prices of gas in the US, and an intention by the utilities to increase the use of gas for electricity generation. In this environment, the imposition of a cap and trade scheme on them, with the current low price of carbon, might encounter little opposition. The end costs to individual consumers would be slight and hidden by the drop in gas prices.

However, it will have enabled Obama to set a precedent. Using the engrenage strategy, cap and trade can then be rolled out to cover other sectors, going deeper and wider until the original objective is achieved. The plan, therefore, survives. All that has changed is a recognition that it will take a little longer.

And that this is the case should not come as a surprise. US cap and trade is a glittering, trillion-dollar prize on which all the warmists' long-term plans rely. They are not going to give it up without a struggle.