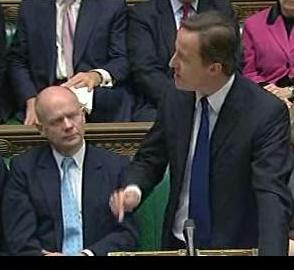 The heads of the Armed Forces cannot escape their share of the blame if soldiers do not have the right equipment, writes Vernon Bogdanor in today's edition of The Times. He is not popular for saying so if the limited number of comments are any guide, but he is right.

Nevertheless, it is about time somebody said it in a mainstream newspaper and, despite other calls on my time, I felt impelled to post an analysis.

Writing under the headline, "Generals must keep their noses out of politics", Bogdanor is responding to that "disingenuous" remark from Lord Guthrie on 6 March that sparked off a major row, culminating in the jibe from David Cameron last Wednesday during PMQs.

Full story on DEFENCE OF THE REALM.
Posted by Richard at 13:13