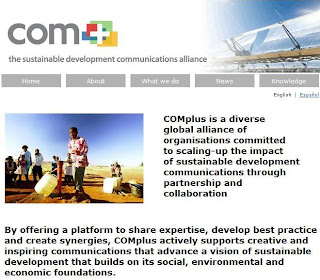 An excellent piece of work by The Register brings to light the unsavoury connection between Lord Oxburgh - the official chosen to chair the second Climategate inquiry at the University of East Anglia – and a shadowy environmental advocacy organisation called Globe International.

We have not given a great deal of time to tracking the Climategate inquiries, partly because it was a foregone conclusion that they would be stitched up, and partly because others are already doing the job better – and there are few enough of us "powerful vested interests" around. We do not have the resources to duplicate effort.

Thus, the latest development can be picked up on the Register, while the ongoing saga can be followed on Bishop Hill, who ploughs his own high-quality furrow in splendid isolation.

Taking the issue further, though, we find from a speech given by Stephen Byers in June last, in his capacity as president, that Globe International is closely allied with another organisation called Complus, which describes itself as "the sustainable development communications alliance".

That a shadowy political grouping, chaired by an ex-Labour minister (now under investigation for peddling influence) is allied to a shadow "communications" alliance is one thing – the sort of grouping one might expect. But what makes this especially significant and important is that one of the founding partners of Complus is the BBC World Service Trust, part of the BBC's overseas propaganda arm masquerading as a charity.

The implications of the BBC's involvement come clear when you see Complus offering itself as "a diverse global alliance of organisations committed to scaling-up the impact of sustainable development communications through partnership and collaboration."

It then tells us that, "by offering a platform to share expertise, develop best practice and create synergies, COMplus actively supports creative and inspiring communications that advance a vision of sustainable development that builds on its social, environmental and economic foundations."

As a tax-funded organisation bound by its charter to political neutrality and impartiality, the BBC has no business allying itself to any organisation devoted to advancing "a vision" on anything, much less in concert with an overtly political organisation chaired by a Labour MP. But it gets worse.

Alongside the BBC as founding members of Complus are several other extremely partisan players. There is, for instance, Conservation International, another environmental advocacy group, this one which boasts as the chair of its executive committee, Rob Walton, chairman of the board of the supermarket giant Wal-Mart Stores.

Then there is the Global Environment Facility, one of the funding agencies which supported the WWF in its Amazon venture, alongside the World Bank, which was the main funder and a leading advocate of forest-based carbon credits. So, when the news broke last weekend of the scam, and the World Bank's involvement in it, the BBC was silent. What a coincidence.

Also silent was the news agency Reuters, but then the Reuters Foundation is also a founding member of Complus.

Yet another extremely partisan founding member is UNEP, the United Nations Environment Programme, which just happens to be the primary sponsoring organisation for the IPCC – prop. Dr Rajendra Pachauri. So there we have the BBC hand in glove in a formal alliance with the UN body which founded the IPCC.

Others of the "usual suspects" include Globescan, the "global public opinion and stakeholder research" company, One Planet, the TV production company which is so often used by the BBC, and the International Union for Conservation of Nature and the World Business Council for Sustainable Development, of which Pachauri's TERI is a member.

The news agency IPS is also a founding member, as is the film maker TVE a ghastly green propaganda unit. That outfit was founded by Central Television, WWF-UK and the UNEP. It is funded by, amongst others, Al Jazeera International, the BBC and the WWF and has Winnie De'Ath, director of communications, WWF-UK, as one of its trustees. Thus we have the BBC formally allied with a film-maker founded with and sustained by WWF money, with formal links with the organisation.

Then add the International Federation of Environmental Journalists, a "network" of "around 7500 journalists associated with every type of medium, scientific authors, filmmakers, etc." Its president is Darryl D'Monte, former Resident Editor of The Times of India.

And just to round off this unholy partnership, an "associated partner" is the Green consultancy, an advertising agency which does work for the Green Party.

Taking money from the Danish, Swedish and Norwegian governments, it is also funded by DFID and the Netherlands government, plus – of course – the BBC, Complus tells us that "communications professionals and media outlets are key to advancing an enlightened global debate on sustainable development."

They can, we are also told, "be a unique force in bringing environmental, social and economic issues closer to the public, raising both awareness and concern." The need, says Complus, "to communicate action at global, national and individual levels has never been greater."

And, in that endeavour, there is no greater nor more enthusiastic member than the BBC, its function being to generate "public support for reducing greenhouse gas emissions" and to promote "ecosystem management principles to adapt to climate change through multimedia channels, dialogues, and media training."

This is the BBC we know and love, already fingered by Biased BBC which has a collection of posts: - here, here, here, here, here and here - which attest to how far down the line our state broadcaster has gone. Sustainable this is not.