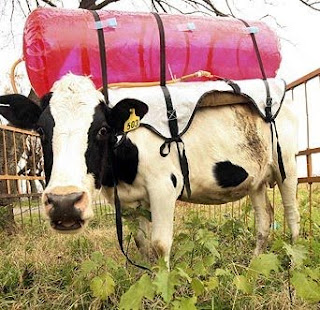 To relieve the tedium of churning though the endless lists of climate change research projects, it is rather fun to imagine these projects being up for sale on online, with some dry little civil servant picking them off the list and adding them to his (our) virtual shopping basket.

So, our little man from DEFRA is logged onto his computer and, with our credit card in front of him, he can start lining up the purchases from the website. First on the list is: "An appraisal of unaccounted sources and sinks of greenhouse gas, ammonia, and other emissions to air from UK land management, starting in April 2007 and finishing in September 2008" (AC0108). That costs a mere £49,906.

In the slightly higher price range, he now picks a project entitled: "Air quality measurements on cracking clay soils" (AC0111). Yes, strangely, that is climate change related. Starting in April 2008 and not finishing until March 2013, that costs us £2,046,516.

Something a little less pricey, but still rather in the high end, is: "Inventories of ammonia and greenhouse gasses from UK agriculture" (AC0112). Again for the period April 2008 to March 2013, we get it for £1,450,603. Our account now stands at £3,547,025. "Do you wish to continue, or go to the checkout?" the computer asks. Unfortunately for us, the civil servant wants to continue.

OK. Bargain of the week is: "Agriculture and climate change: turning results into practical action to reduce greenhouse gas emissions - A review" (AC0206). A nice quickie, from June to July, it comes at a mere £30,000. That barely changes the running total, which now stands at £3,577,025.

From the bargain basin, our man now adds a "study of the scope for the application of research in animal genomics and breeding to reduce nitrogen and methane emissions from livestock based food chains" (AC204). For a mere £49,939, that was for June 2007 to January 2008. The shopping basket is now at £3,626,964.

Next on the list is: "Ruminant nutrition regimes to reduce methane and nitrogen emissions" (AC0209). To stop cows farting and burping, a mere £746,495, with the study from April 2007 to March 2010. This comes as part of a matched set with, "Modelling nutritional effects on reproduction in dairy cows" (AC0218) - needed to make sure changes in nutrition do not have any untoward effect. For execution between October 2009 and July 2010, this comes at the knockdown price of £76,764.

Also part of the farting cow set is: "Methane emissions by individual dairy cows under commercial conditions" (AC0219), which started in October 2009 and finishes in June 2010. This comes at £174,451. And to complete the set is: "Extended lactations to reduce greenhouse gas emissions from dairy cows" (AC0223), which started in November 2009 and ends this month. This comes at £68,481.

As a multi-part set, these items cannot be purchased separately. Thus the complete farting cow set comes in at £1,066,191 bringing the shopping basket to £5,070,098.

To complement this on the bookshelf, on offer is another first-class set. Thus, our man takes: "Economic and environmental impacts of livestock production in the UK" (AC0210), at £149,830, "Review of the Marginal Abatement Cost Curves for Agriculture produced for the Committee on Climate Change" (AC0216), at £19,404, "Scoping the potential to reduce GHG emissions associated with N fertiliser applied to arable crops" (AC0221) at £80,000 and "Feasibility of Green House Gas (GHG) mitigation methods" (AC0222), for £99,239.

With a good day's work done, our civil servant proceeds to the checkout, enters the taxpayers' credit card details and presses the "buy" button. Gift wrapping is free and there is no charge for delivery. He is a contented man. A million quid for farting cows and much else besides should earn him a nice bonus.

Meanwhile, the taxpayer is looking at a cumulative bill of £510.6 million for climate change research so far ... and our civil servant is back at work tomorrow.