You can't buck the narrative 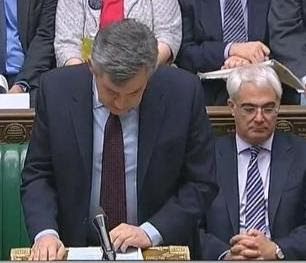 There are several things I try to do with this blog. In bringing you a diet of posts each day, one of my aims is to avoid being derivative. My preference is to bring genuine, new or little-known information to the table, or to add fresh thinking or analysis to current topics.

Despite that, there is value in repeating existing material, and spreading the word – and it is done exceedingly well by a large number of blogs. But, in many areas where there is a narrative up and running, it is either wrong or heavily distorted, either by act or omission. In this case, mere repetition or commentary which takes the baseline facts as read simply perpetuates the errors and the distortions, helping to lock in the narrative to the point where it achieves the aura of truth, irrespective of the actual facts.

No more so is this the case than with the Snatch Land Rover, an earlier preoccupation of this blog, and in particular the reports attendant on the coroner's inquest on the death of Cpl Sarah Bryant and her three colleagues in Afghanistan in June 2008.

The basic facts of this incident are not disputed and are well established. On 17 June 2008, Bryant and four other soldiers were riding in a Snatch Land Rover which impacted a pressure plate IED. It was blown apart killing four, including Bryant, and seriously injuring one other. By common consent, the Snatch Land Rover did not provide adequate protection and, had they been better equipped, the soldiers might have survived.

What is in dispute – or should be - however, is a claim that has become a central part of the narrative, a classic example of which is here, but one that is repeated endlessly. This is that the reason for the wholly unsuitable Snatch Land Rovers being in theatre was due to a shortage of funds and a refusal by former chancellor and now prime minister Gordon Brown to permit the purchase of replacements. We hold no brief for Mr Brown, none at all, but this narrative is wrong, wholly and completely wrong – and dangerously so.

That said, I do not intend to rehearse all the details as to why it is wrong. I have already done that in my book Ministry of Defeat, a book well-known in military, political and media circles, and strenuously and quite deliberately ignored because it contradicts the narrative and tells people what they do not want to know.

The same story, is told in even more detail in hundreds of posts in my much-neglected sister blog, Defence of the Realm, a blog I have largely abandoned because – as I have found to my cost – there is little value in telling people things they do not want to know, when they prefer the prevailing narrative. Nevertheless, the whole story is there and will remain so, mute testament to the power of the narrative, for the very few who are interested.

A good place to start would be with seven linked posts, taken from my book under the generic heading "Lost before it started". The links are here: Part 1, Part 2, Part 3, Part 4, Part 5, Part 6 and Part 7.

Viewing the disgusting performance of David Cameron during today's PMQs, however – when he sought to make political capital out of the "narrative" on the backs of fallen soldiers (matched only by the performance of Mr Brown), it is necessary to remind readers of the last chapter of the story, which led that Snatch Land Rover down the path to destruction.

The story was set out in a DOTR post here in November 2008, with further elaboration here. The essence of the story is that a batch of protected vehicles – the Australian Bushmaster – had already been ordered and could easily have been in theatre at the time to replace the Snatches, and which could well have saved Sarah Bryant and her colleagues' lives.

From this, several crucial points emerge. The first is that, even at this late stage, funding was not an issue. The cash had been allocated, the vehicles selected and the purchase approved. Why they were not then in theatre is a question for the Army, not ministers, to answer.

Secondly, even at that time, the Conservatives knew all about this transaction. They knew because I told them – giving them a full verbal briefing - and sent a full dossier down to their defence team, with all the supporting data.

Then, as now, they had all the information they needed to know that this episode – and indeed the run-up – was nothing to do with cash shortages. It was everything to do with a sequence of mistakes and incompetence by senior Army officers and civil servants, all of whom are currently covering their backs, using the narrative – not least in testimony to the Chilcot Inquiry – to hide their tracks.

Despite this, the Conservative chose – quite deliberately – to run with the narrative. That was not because it was the truth. They knew it was not. Simply, that was the politically convenient "attack strategy" which offered the most promise and the best prospects of short-term political advantage.

Out of the limelight, however, Ann Winterton, myself and others, have been painstakingly teasing out the truth, ignored by the political claque and the media, because it does not fit the narrative.

Worse still, that applies to the media. The "Bushmaster" dossier has been placed before innumerable journalists and even very recently, a senior journalist from a major broadcasting organisation checked out the information. It stood up and yesterday I was asked to give a recorded interview for television news. The footage was not used. It ran counter to the narrative. Others don't even begin to see the point and have never tried.

Yet, the information is there. The information about the Vector is also there – the vehicle that the Army chose as the replacement for the Snatch, just under 200 at a cost of nearly £100 million – a vehicle that was so dangerous and so mechanically unreliable that it had to be replaced ... by the Snatch, which then cost £5 million to upgrade.

Then there is the saga of the Panther, with 401 ordered in 2001 at a cost of £166 million which then required an additional £20 million to get 67 into theatre, eight years after they had been first ordered. No wonder the Army was short of money and vehicles.

But the Conservatives knew all that. Many journalists also knew what was going on, but chose to ignore it. The ever-staunch Booker has retailed many of the details in his column, not only for them to be ignored but censored as well. You want "powerful vested interests", look at the arms industry. There is, it seems, no way of bucking the narrative. People will believe what they want to believe – and suppress the rest.

In conclusion, I have to admit I am soured and not a little embittered by this process. When I first heard about the death of Sarah Bryant and her colleagues, I was in Paris, sitting in the shade of an armoured personnel carrier, eating an agreeable steak dinner, discussing Army requirements with a galaxy of senior personnel.

From this and other sources – some at an unbelievably senior level who have fed this blog with material most political journalists would die for – I have come to learn a great deal about the inner workings of Whitehall and the machinations of Army politics. I know what I'm talking about, and information last seen with "secret" plastered over it has found its way into DOTR. But that has been to no avail. The narrative prevails.

It actually makes writing DOTR an exercise in futility. Having neglected it for some time, I am now minded to wrap it up. I owe myself one more post, though – which has been months in the writing – on why the military adventure in Afghanistan will fail, can only fail and will lead to our eventual ignominious departure, carefully spun as a victory. That I have decided, when I get round to it, will be my swan song on that blog.