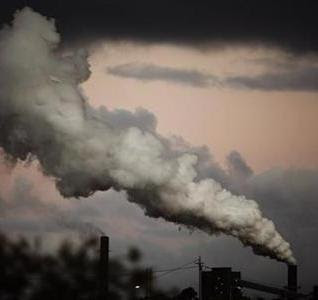 Connie Hedegaard, the newly appointed EU commissioner for climate change is waking up to the realities of the carbon trading scam set up under the Kyoto agreement, which could permit an overall increase in developed world emissions.

According to a report from Reuters, the commission is about to announce that "loopholes" in the system mean that the world is awash with surplus carbon credits which can be bought up by manufacturers in developed countries who can then avoid having to make emission cats.

The main problem, it seems, is the collapse of heavy industry in former communist countries during the transition to a free market economy, leading to sharp falls in carbon emissions and a huge surplus of emissions rights. Russia and Ukraine are the main problem, with Russia alone on track to under-cut its Kyoto target by about 1.4 billion tons.

These spare credits could cover up to 6.8 percent of current developed world emissions, which means that they need only reduce actual emissions by 6.4 percent below 1990 levels over the next decade. Furthermore, loose rules for allowing credits for forestry and agriculture could erode another nine percentage points from the agreed emission cuts.

In all, this actually means that real cuts could amount to as little as 2 percent but, if all the scams are taken into account, developed countries could increase emissions by 2.6 percent above 1990 levels and still meet Kyoto obligation. This falls far short of the real 25-40 percent cut recommended by the IPCC.

In fact, it points to the enormity of the fraud perpetrated, which is now worth $128 billion annually, in traded credits, to the great benefit of traders, financiers and brokers. Having ripped of this huge sum, they make Bernie Madoff – who only took $18 billion – look like a rank amateur.

The difference is, of course, that Madoff went to jail, while the perpetrators of this scam are still roaming free, supported by the UN and all the governments of the world, including the EU. But then, the best way to rip off the public has always been to get government approval first. All you have to do is cry "global warming" and the world is your oyster.