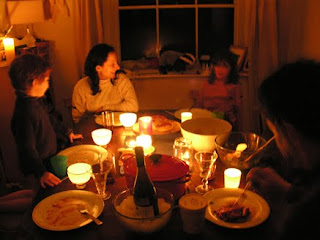 Booker gets to follow-up on the "power cuts" story today in The Daily Mail.

Necessarily written in the breathless style for which that paper is so loved, you have to read well past the headlines and deep into the text to find the core of our piece yesterday. But Booker does tell us that the government hopes to save Britain's electricity supplies from disaster with a scramble to build dozens more gas-fired power stations.

This means, writes Booker, that we shall be looking to gas to provide anything up to 80 percent of our electricity ... at a time when world gas prices are likely to be soaring. He adds that, even if, by this extremely risky gamble, we might manage to close the energy gap now fast approaching us, it could only mean a further massive hike in electricity prices, driving millions more into "fuel poverty".

The price-hike is, of course, the issue. With the torrent of new CCGT plants coming on-stream (DECC estimates that there is 10GW new capacity in the pipeline), there is little real risk of power outages, especially if we see what amounts to rationing by price.

Against current estimates, we are likely to see lower than anticipated demand as high energy industries (such as aluminium production) depart these shores, while hundreds of thousands of people "self-disconnect" from the electricity supply.

This is a little-appreciated development in the electricity supply industry. While compulsory disconnections used to be an unwelcome feature of any downturn, these no longer happens. Instead, delinquent customers are issued with pre-payment meters. Thus, in theory, supply is maintained. Customers then "choose" to disconnect themselves when they cannot afford to top up their meters.

With the advent of "smart" meters – at an estimated cost of £7 billion – that facility will be extended, as suppliers will either be able to ration or cut-off customers entirely, at will, giving a new dimension to controlling supplies. Given an anticipated shortfall, consumption limits can be imposed on selected customers, enabling suppliers to manage peak loads better.

For this reason also, the 70s-style "power cut" is not likely to happen. The political cost of allowing the lights to go out "all over England" is too great and the impact will be thus "managed".

The big problems, as Booker indicates in his piece, is the longer term gas supply problem. While numerous industry sources report lower than expected demand, increased supplies and falling prices, long-term forecasts are pessimistic. A substantial demand-supply gap of more than 500 million tons of LNG is expected to develop by about 2012.

This is more of a financial than a resource problem, as infrastructure and development projects have been cancelled or delayed as a result of the "credit crunch".

The problems are solvable, but they are going to cost, all adding to the long-term price pressure on supplies. Add temporary supply miss-matches and spot prices could soar, just as the UK is increasing its reliance on the fuel. The price-hikes we have seen recently were only a rehearsal. The real crisis is yet to come.

It is instructive, though, to see how readily other media outlets and commentators have bought into yesterday's Telegraph story, although even that paper could not quite make up its mind as to who to blame. While the leader had Labour in the frame, Irwin Stelzer later put the responsibility at the door of all politicians.

Stelzer is closer to the truth, albeit that - despite the excitable scribbling that we have seen of late - it is price and not capacity that is the issue of the future. And that situation is unlikely to ease as long as the Conservatives are slaves to the green agenda – and the EU – and continue to support the fatuous wind-based renewable policy, as well as carbon capture which is holding back coal exploitation.

If the lights go out, therefore, it will be because we can no longer afford to keep them burning.