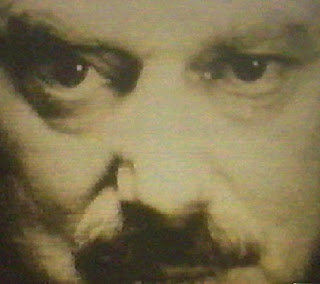 One of the more sinister aspects of the "climate change" miasma is the insistence of campaigners and governments that saving the planet requires personal sacrifice and significant changes in personal lifestyles. However, while we may be dimly aware of government exhortations along those lines, few people realise quite how much of our money is being spent on trying to make us change our ways.

A significant amount of that money is spent by one government department, DEFRA, on "behavioural research", and a record of its recent expenditure provides a chilling testament to the Orwellian world of climate advocacy, where every aspect of our lives is coming under official scrutiny.

The record, which starts in 2005, has the University of Surrey doing a project called "Choice Matters", exploring how to make sustainability "an automatic and primary part of producer and consumer choice, rather than a self-satisfying added extra." This cost a relatively modest £21,775.

For £63,017 meanwhile, the University of Westminster carried out an analysis of existing research relating to "pro-environmental behavioural change", aiming to contribute towards a better practical understanding of how DEFRA could influence behaviours.

Cranfield University, on the other hand, took on: "Sustainable development as a "collective choice" problem: theoretical and practical implications". The aim if this research was to explore thoroughly the potential of a highly promising and unique body of research, known as "collective-action theory", for achieving DEFRA's goal of finding new ways of motivating people to produce and consume in a sustainable manner. This cost a mere £23,333.

Exeter University was given the task of applying theories of behavioural change, using innovative techniques within the context of specific lifestyle groups. It employed a brand marketing approach to demonstrate how a model of environmental behaviour could be used to develop policies for change. The work cost us £21,000.

Other work went to the London-based "green" consultancy, Brook Lyndhurst, which was asked about "nudging the S-Curve". This shows an initial period of slow change; a period of acceleration, and rapid change; and a period in which change slows down as some sort of limit to growth is approached. This project sought better to understand the S-curve in order to promote pro-environmental behaviour change. For us, there was no change from £21,150.

Then, another consultancy, the National Centre for Business and Sustainability, got to do "Innovative approaches to influencing the behaviour of small businesses." This was to find out how existing mechanisms and approaches could be used innovatively" to influence the behaviour of small to medium-sized enterprises (SMEs) in a pro-sustainable development policy context." For that, we paid £22,225.

This earlier period also saw DEFRA investing in a behavioural survey commissioned from the British Market Research Bureau. At a cost of £458,440, this sought to establish then current public attitudes, knowledge and behaviour in relation to the environment, in order to provide a baseline for further studies.

At the same time, the department was exploring a range of issues and public attitudes, wondering, for instance, whether invoking the concept of "social justice" might help to lock in the government's view of environmental policy. To that effect, in 2006 it commissioned a report from National Economic Research Associates at a cost of £77,361.

More than a little of the work carried overtly Orwellian overtones, such as the project carried out by the Policy Studies Institute entitled: "Pro-Environmental Behaviour: Risk, Innovation and Reward." This sought to identify "potential directions and options for research exploring innovation, demonstration and learning on ways to increase consumer take-up of sustainable consumption behaviours." The cost was £25,169.

Not a little money was spent trying to assess the effects of DEFRA's own initiatives. Thus we find the department Brook Lyndhurst £82,980 in 2008 to tell it whether its online "CO2 calculator" is actually having any effect.

Half a million people had accessed the site but, it noted, "relatively little is known about why these individuals are logging on, how they are understanding and using the calculator, what they make of the results and whether or not this has any long term effect on their behaviours, whether positivie (sic) or negative."

The department also spent £109,710 asking Brook Lyndhurst to report on "Public Understanding of links between climate change and energy and food consumption in the home". 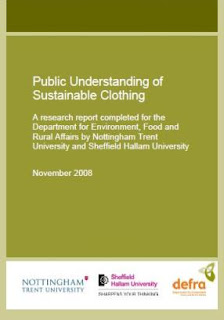 It then commissioned a series of reports, all on the theme of "sustainability". Nottingham Trent University got £59,971 for examining the "Public Understanding of sustainable clothing", with a view to providing indications of how changes might successfully be made in our "clothing culture". Looking at the finished report, few would appreciate just how much it had cost.

A firm called Synovate then got paid £64,277 for a report on, "Public understanding of sustainable water". Ipsos-Mori was paid to look at "sustainable investment", getting paid £54,150 for the work. And then the Policy Studies Institute got paid £12,220 to write a synthesis report, pulling together the disparate work.

Another venture was to explore "innovative approaches to achieving sustainable consumption", paying Brook Lyndhurst £59,770 to carry out some research. AEA Technology, meanwhile, was paid £77,971 to look at, "Household and economy wide impacts of changing environmental behaviours."

Surrey University was set on to investigate motivations for change, using six identified pro-environmental behaviours, for which it was paid £110,000, while Brook Lyndhurst was hired to gauge the role of influential individuals in social networks, at a cost of £77,800.

AD Research and Analysis was asked to do some methodology development, for segmentation, getting paid £19,950 for its trouble, then being rewarded with a £89,275 project on, "Unlocking habits to enable pro-environmental behaviours." Later, it got another £12,000 for more development work.

The Policy Studies Institute was given £115,323 to find out what "further" short term actions the public thought the Government should take to mitigate climate change while the EPPI-Centre was paid £93,304 to research ways of encouraging "more pro-environmental behaviour amongst SMEs".

For £58,380, DEFRA dreamed up another study, commissioning the New Economics Foundation to carry out a project called: Moments of change as opportunities to influence behaviour". This research explored whether "moments of change" – times in a person’s life where existing habits and behavioural patterns are disrupted – provided a significant opportunity to encourage the take-up of pro-environmental behaviours.

Brook Lyndhurst was asked to explore "catalyst behaviours", the idea that taking-up a new behaviour (such as recycling) may cause people to start another, or many more, beneficial behaviours. These, it was suggested, could be closely related behaviours or exist across a broader range of lifestyle activities. That cost a mere £78,365.

A synthesis report on food related consumer behaviours cost the department £75,320, which went into the coffers of AD Research and Analysis. It synthesised the evidence on the factors driving consumer food behaviours and "applied the findings in the context of individual behaviour change for sustainability."

Once again, the Policy Studies Institute was employed, this time testing "innovative approaches for achieving pro-environmental behaviours." It was paid £111,380. National Union of Students Services got a similar project, testing out the thesis on students living in halls of residence. As this was the first time they had moved away from home, the "significant lifestyle change" was seen as an opportunity for testing the effects of indoctrination. That cost £126,602.

Now, Brook Lyndhurst is currently undertaking a project which tests a variety of techniques for encouraging "pro-environmental behaviour" in schools in Peterborough. The findings from the research will provide evidence to support more widespread promotion of pro-environmental behaviours in schools in particular, and through social networks more generally. That is costing £149,655.

The consultancy is also assessing green claims in marketing, for a mere £109,510. Simultaneously, for £130,391, the Policy Studies Institute is carrying out a review to ensure that key social research findings from a broad evidence base are accessible to natural environment policy and decision makers.

All this amounts to a relatively modest £2,574,376 – a tiny amount compared with general government expenditure and just a fraction of what a big corporate might spend on consumer research.

Nevertheless, this is still a significant amount of money, and it is actually just the tip of the iceberg. Other government departments are also commissioning research, and the research councils are spending many millions. The EU is spending a huge amount of money and much of the international spending – particularly in the US – is also being employed. I'll have a look at some of this spending in another post.

Crucially, though, this research has "guided" an increasingly expensive advertising campaign. According to official figures, spending in the financial year 2005-06 was a mere £661,120 and remained roughly static in 2006-07 at £627,216.

For warmists though, nothing here will be sinister. But, to the rest of us, the idea that our government is spending our money changing our behaviour – especially on such a contentious issue where there is no popular enthusiasm for the changes sought – is getting far too close to Big Brother for comfort.