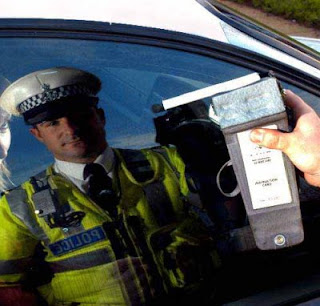 Picking up in the news story yesterday that the government was considering such a move, George Pitcher in The Daily Telegraph thinks that lowering the drink-drive limit is an "absurd" idea.

In December, however, the same newspaper found it "puzzling" that Lord Adonis wanted to re-open the debate on the issue.

But, as we remarked at the time, it wasn't puzzling at all. This is part and parcel of a covert attempt at harmonising traffic laws in the EU, which made an appearance in May 2004, based on an agenda set out in 2002. The drink-drive limit is part of it - random testing is another.

What we are seeing is a graphic example of the way the system works. Knowing that an overt "in-your-face" harmonising directive would be hugely unpopular – and underline quite how much power we have given away – the EU works in the shadows, getting member states, apparently voluntarily, to bring their own laws closer into line with the European "ideal".

Each time this is done, it comes out without reference to the EU – presented, as is the case here, as if it was a UK initiative. Then, in the fullness of time, when our laws are so close to the rest of the other member states that it makes no difference, the EU brings out a directive to "regularise" the position. By that time, the differences are so slight that the EU law is entirely uncontentious.

This dynamic counters the popular myth that member state governments are somehow unwillingly forced into line by the EU. This is a process of active collusion between governments against their own peoples. It is sly, dishonest gradualism which recognises that, if it was done openly, it would be opposed.

In avoiding any mention of the EU, as do the newspapers today (and yesterday), the media also collude in the process. And so do the opposition parties. You will not hear from Boy Dave's merry little men that this is an EU-inspired measure. If there is any criticism, it will be because it is a "Labour" measure. The fact that road safety became an EU competence in the Maastricht treaty, under John Major, is neither here nor there.

Thus are our liberties and national distinctiveness eroded, all in the name of European political integration, and we are not even allowed to know why it is happening.