Bricks in the wall 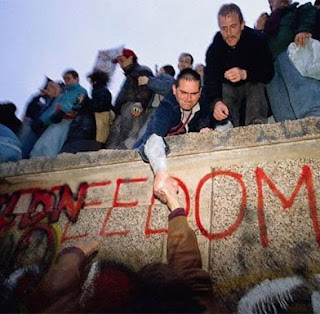 The IPCC and the whole scam it promotes is now irreversibly on the slide. If you have no devastated rainforests and those pesky polar bears keep on doing what polar bears do on cold Arctic nights, you have lost the schoolchildren – and they were almost the last supporters of man-made global warming.

But, as we saw yesterday, it makes not a blind bit of difference to our "policy makers", as in the EU and national governments. They press on regardless, heedless of the controversy raging around them.

We are dealing with something very odd here – the almost complete detachment of the political classes. Something has to give, but there is no evidence yet that we have achieved any significant – or indeed any – change. You could say we are winning the battles and losing the war.

But then, when the Berlin wall finally went, it was very sudden, and predicted by very few. With Gerald's bricks knocked out, this one must be teetering. Please let it fall.