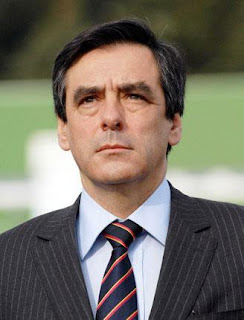 France's prime minister Francois Fillon (pictured), has told his parliament that his government should focus on policies that increase the country's economic competitiveness.

For a government, like most western powers, which seems intent on destroying any residual productivity in its economy, this is a remarkable statement by any measure. But it is even more remarkable in accompanying as it did an announcement that the much-touted carbon tax – which was to apply to domestic households as well as industry - was going to be abandoned.

Picked up by England Expects, who reminds us that president Nicholas Sarkozy launched this with much fanfare last September, this policy has been stalled since December when the Constitutional Council declared it unlawful. There were, it ruled, too many exemptions, which would mean that only a minority of consumers would bear the burden.

In classic style – of the sort we come to expect of our modern-day rulers – Sarkozy was not put off the idea and had intended to re-introduce it this July. But that was before the results of the recently held regional elections had been released. The ruling UMP party has taken a drubbing, losing by around 54 to 36 percent in the vote against resurgent Socialists.

Assailed from all sides, with strikers in the streets of Paris – public workers all, complaining about job cuts and pension reforms - it seems Sarkozy needed to make a populist gesture. And the carbon tax was it. Extremely unpopular with French voters, opinion polls have shown two-thirds of respondents opposed to it.

The response, in one respect, is highly refreshing. One cannot imagine British politicians reacting in such a way. Not least, they would be arguing that such a tax would increase our competitiveness by promoting the development of "green" technology which we could then export to the rest of the world.

More typically, they would simply not talk about it, or perhaps argue that the voters hadn't understood their message, especially as the UK has developed its own very special carbon tax, disguised under the title "CRC Energy Efficiency Scheme".

It is interesting to note, however, that the French government sees no fundamental objection to such a tax. Rather it has decided that it would prefer an EU-wide tax so that its competition is equally shackled. And, as we have seen, the EU would be only too anxious to oblige, bringing the rest of the membwr states into line with Sweden, Finland and Denmark, where some form of carbon tax already exists.

Nevertheless, the Daily Mail suggests that this policy u-turn will be viewed as "a huge disappointment" to the green lobby around the world, with many hoping that if a major western economy like France took the lead with this type of tax, others would follow.

Clearly though – in France at least – this is not sufficient to dissuade Sarkozy from ditching the measure, suggesting that when confronted with harsh political and economic realities, the greenies are losing the battle.