A condition of membership 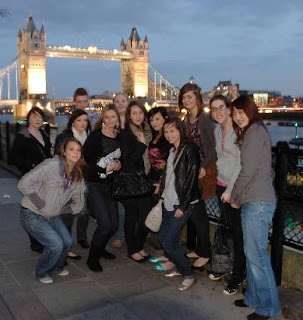 Although adored by the claque and many others besides, we have always taken the view of Boris Johnson that, behind the amiable front of a jovial buffoon, there is ... a jovial buffoon – although hold the "jovial". The man is an unrepentant idiot.

No more so does this show than today when this over-paid columnist holds forth in an op-ed in The Daily Telegraph, railing against the influx of some 62,000 students from other EU countries into British universities, displacing indigenous candidates who would otherwise have found places.

The dismal Boris thus asks why we should pay to educate French and Latvian students, noting that these students take advantage of our system – a traffic that is almost entirely one-way.

Had he enough brain cells for there to be a chance collision, producing the semblance of intelligence, our Boris would know several things. Firstly, British universities are uniquely popular with our European brethren for one very good reason – they teach in English, the lingua franca of the educated classes, much to the disgust of the French.

Secondly, when it comes to accepting these students, and the charging system which means that the fees are essentially unrecoverable, under EU law we have no choice but to continue with it. Under the freedom of movement and non-discrimination provisions of the basic treaty – the Treaty of Rome – the UK must apply exactly the same deal that it gives UK students.

Furthermore, applicants from EU member states must be treated in exactly the same way as UK citizens. Universities are not allowed, again under EU law, to discriminate on the grounds of nationality, giving preference to British domiciled applicants.

The point here is that this is not new – it came with the basic treaty that we signed up to in 1972, under a Conservative government, but has come to a head only relatively recently as the word has got out that we are a soft touch. The only way we could avoid the problem is to charge fees up-front, which would cause havoc with our own students.

Thus, we are stuck with the system – for as long as we are members of the EU. It is inherent in our membership, part of the treaty, and cannot be changed by the UK. And since Boris the Buffoon is a member of a political party that wants to remain in the EU, there is actually no prospect of any change.

None of that, however, will stop the idiot writing fatuous op-ed pieces, printed by a newspaper that should know better, for want of a simple explanation of the facts of life that apply as a condition of our membership of the evil empire.