Sooner or later this was going to happen 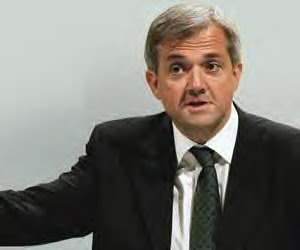 Never did I think that I would find myself even partially in agreement with Chris Huhne, the Lib-Dims' spokesman on home affairs. But one must give credit where credit is due and the man is protesting against the arrest of the Holocaust denier, Dr Frederick Toben, at Heathrow.

Let us set aside all thoughts of Holocaust denying and the sad individuals who do it (as opposed to the highly regarded writers and historians who continue to deny Communist crimes) and think about the European Arrest Warrant under which this arrest happened.

Some of our readers may recall that we have written about the subject before and even listed the crimes for which the Warrant may be used, by-passing the normal extradition procedures. Very few of them concern terrorism, the supposed target of the EAW and the European Evidence Warrant.

It was inevitable that sooner or later there would be a case of somebody's arrest being demanded for behaviour that is not crime in this country and it was almost inevitable that this would have something to do with racism and xenophobia, more specifically Holocaust denying.

Dr Toben is a German-born academic, according to the Daily Telegraph, or former school-teacher, according to the BBC, and, according to everybody, a naturalized Australian citizen. He also runs a website, presumably from Australia, on which he is alleged to have published material "of an anti-Semitic and/or revisionist nature".

Here we run into a serious problem that has no precedent in the pre-internet days, one that is of great relevance to the subject of libel tourism (on which more in a later posting, honestly), and that is the fact that material published anywhere is now available instantly all over the world. This allows those German or any other authorities, in this case, a district court in Mannheim to claim jurisdiction and demand the man's arrest, which was duly carried out at Heathrow, presumably on British soil by British police as he was travelling from the United States to Dubai.

I have argued before on this blog (with my colleague's agreement) that it is probably time for the Holocaust denial laws to be abolished in countries where they exist. What may have been right for Germany and Austria in 1946 is out of date for those countries, which are no worse as democracies than other countries where political consensus rules, in 2008. However, that is up to them.

What is not up to them is to try to impose this outdated and ludicrous legislation (there is no event in history that should not be discussed and debated and none that cannot be lied about) on other countries. When Germany held the EU presidency there was much talk of making Holocaust denial a crime across the European Union. (We wrote about it here and here.) That plan, fortunately, came to nothing.

We are still left with the European Arrest Warrant under which Australian citizens can be arrested by the British police on British soil and taken to British court for writing something on Australian websites that is not illegal either in Australia or, more to the point, in Britain. Dr Toben is now in custody, awaiting a full extradition hearing on October 17.

Now we get Chris Huhne announcing that this was not what the European Arrest Warrant was supposed to do and changes will be necessary. Indeed, he is calling on Jack Straw and Jacqui Smith (the Home Secretary) to lobby in Brussels in order to rewrite the "rough edges" of the EAW.

I think the time has come to ensure that the European Arrest Warrant's scope is effective. Some of the sloppy drafting does need to be tightened up. It was rushed through without proper thought as a knee-jerk reaction to terrorist offences.

The case with Dr Toben exposes a problem in terms of freedom of speech and I come to this as a good, classic liberal.

It is a fundamental part of our system that we believe in freedom of speech and, like Voltaire, I may disparage what you say but I will defend to the death your right to say it.

I, on the other hand, think that the time has come for politicians to stop trotting out that saying of Voltaire's. If Mr Huhne really believed that business of defending to the death the right of people to say what he disagrees with, he should have made his opinions clear when the European Arrest Warrant was being pushed through, allegedly as part of the fight against terrorism. Plenty of other people opposed it.

Inclusion of racism and xenophobia as crimes was not sloppy drafting but a deliberate act and it was pointed out at the time and subsequently that these are "crimes", which are very hard to define. Where was Mr Huhne?

We shall find out what our courts think on the 17th.
Posted by Helen at 20:35