Another day, another admission 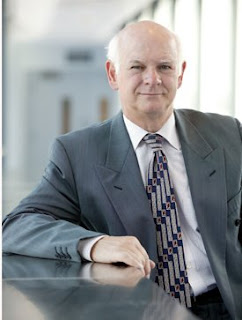 Typically, the journos miss the point, although this article is by Richard Spencer - a China hack, not a financial specialist.

However, because Howard Davies, former head of the Financial Services Authority, is speaking in Peking – no doubt after flying out first class and being put up in a five star hotel – his views are reported by Spencer, who focuses on Davies's comments about Iceland.

This is fair enough – Spencer is a half-way decent journalist – but embedded in his story are some much more tastier fish. For instance, Davies opines that, "Financial regulation is too heavily dominated by Europe and America," in what is described as "a sweeping attack on the failure of economic control systems to heed warnings about impending crisis."

Thus, we are told, Davies "contradicted the notion that the breakdown in financial markets had come as a surprise." He says "economists and others had been drawing attention to the imbalances in the world economy for years," but "regulators and politicians were too slow to react, and when they did, failed to co-ordinate their positions despite the globalised economy."

Well, knock me down with a feather. All these high-priced "suits" lapping up the cream in their gilded offices did know after all? When economic illiterates like us were picking it up in 2004 and 2005 - and we’re a political blog, I suppose we can be thankful for small mercies that they were aware that something was going down. But, it seems, when it happened, they were "too slow to react". Can't have everything, I suppose.

Even at a relatively late state though, we imagine, intervention could have taken the edge off the crisis, especially as those world-class financial experts were writing of the situation:

That was us, the economic illiterates, writing in January of this year under the heading, "funny money". And the "suits" didn't notice something then, and think about taking action?

But never mind, Howard Davies, one of the "suits-in-chief" is now on the case. From his gilded palace in Peking, he loftily tells us that the European Central Bank brought the extent of the crisis to public attention in August last year, by pouring in liquidity into the system. But, he complains, "the first comprehensive international summit to address the crisis is not taking place until this November or December, 16 months later." So! They didn't think about taking action!

Unabashed, Davies moves on to give as an example of the problems in the regulatory sector the "reforms" to the Basel Committee on Banking Supervision guidelines. These, he says, took ten years to produce. If a bank decided to reform its rules on risk management but took ten years to do so "people would say you were mad", he admits. And what does that make the Basel Committee?

Then, of course, we get part of the explanation: "It was telling that of 13 nations represented on the committee, ten were from Europe," says Davies. And, surprise, surprise, "Even the European Union had been unable to act in concert when the crisis struck."

Is it just me, or do I sense that we have a gang of people here who are simply not up to the job, running regulatory systems designed for the Stone Age? Well, Mr Davies, God bless his silken socks and his $1000 suits, seems to agree. "We need to improve the legitimacy of bodies that set international standards," he says. "The ones we have reflect the world as it used to be not as it is."

And the word from Parliament about all this is?

Can we even begin to hazard a guess as to when our honourable and dligent MPs are going to notice that there has been a king-sized global regulatory cock-up, and make some intelligent comments about it?