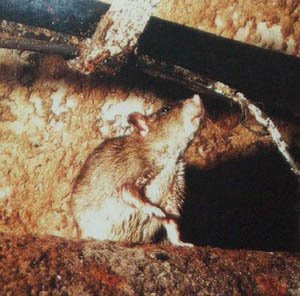 One of the reasons I rail against "personality politics", and the baying of the "Tory mob" which would lay every sin and every failure at the door of "McStalin Broon", is that so much of what he is accused he had nothing to do with, or over which he had little or no control.

Kenneth Clarke – God bless his silken socks – alluded to this in his evidence to the public administration committee last week, when he noted that the constant intervention of the government into wider and wider areas of our lives had led to an "infantalisation of the public, who are led to believe that any problem that they face is the fault of their political masters who are expected to sort it out in the next two or three weeks."

Part of this is the fault of the politicians who accept responsibility for things for which they are not responsible. This is sometimes ego-driven, the macho culture from the "Jim'll fix it" era, where politicians genuinely believe they can fix it. But, more often than not, it stems from a profound ignorance of how government works or, more commonly now, how it doesn't work.

What brings this to mind is a piece in the online edition of The Daily Telegraph heralding the dire news that a "Rat infestation threatens UK", a story that was also run by The Daily Mirror.

This newspaper ran the headline, "Boom time rats: Recycle or risk being overrun by a rising rat population." Both it and the Telegraph pick on "councils axing weekly bin collections," as well as "mild winters and last year's floods" as the cause of the growing infestations.

Up to a point, Lord Copper and, in due course, when or if there is an epidemic of rat-borne disease – of which both papers are warning – the prime minister of the day will be called to the despatch box to answer questions on the hystérie du jour, whence he, in the style of Clarke, will be "expected to sort it out in the next two or three weeks."

But while the particular focus of attention is on the move to fortnightly bin collection, this can only be one part of the problem. Possibly, it is only a small part. Rat populations in the UK have been increasing for some considerable period and this current small spate of reports is only one of many over the decades. What is going on?

Well, here we have an example of "invisible government" at work – or not working, representing a series of failure that span thirty years.

However, to represent them as "failures" does not do justice to the phenomenon. What we have seen over term is a slow, insidious degradation of multifarious, often informal systems of government, the nature of which most people are entirely unaware. And because so few people even know of them, or understand why they were there, or what they were there for, they have been allowed to decay to the point where the system no longer works any more.

Because so few people actually knew the systems were in place, much less understood them, their decline and disappearance has not been noticed, leading to the current situation where, when we start seeing the results of that decline, no one really knows why it is happening. Thus, in way of our modern world, we get the blame (partially) focused on the hystérie du jour, in this case the fortnightly bin collections.

The last thing you want from me, however, is to be regaled by long turgid explanations of how the system has broken down, so I will confine myself to just one small example (of dozens) of how the real world used to work, but does no longer.

Here though is the real bind – the devil is in the detail. When we have a population with the attention spans of gnats, and MPs with endemic attention deficit disorder, who can only absorb briefings of one page length, set out in bullet-point order, and a media that can't even look at the bullet points unless they have pictures with them, therein lies our problem.

So the example: demolitions. When you have existing buildings, they have drains. The drains connect to the sewers and in the sewers live rats. They always have, always will and you can never eliminate them completely – you keep the numbers down and contain them (that's another story which, you will be pleased to learn, I won't tell, but it's another bloody disaster).

The problem with demolitions is that, if you tear down the building but leave the old drains in place, they become refuges – harbourage – for rats. You have given them, free, gratis and for nothing, a highly desirable des res, which can provide a nesting site and support a sizeable population. And, because the building connections are demolished, all the inbuilt barriers are gone, which thus gives the rats break-out access into the wider environment.

To avoid this, there is provision in law, handed down by our wise and far-seeing MPs of old, to require contractors to grub up the old drains and seal off the connections with the sewers.

That is all very well in theory but, in many old buildings – with alterations over the years – very often no one actually knows where all the drains are or where the connections are. The plans are often of little help and the records are frequently inaccurate. Furthermore, when a building is dropped, the drains tend to be buried under the debris, intact but unreachable. Sorting that out is time-consuming and expensive, so people would rather not do it.

As with all laws, therefore, if they are to work properly, they must be enforced properly. This is something our current generation of MPs seem to have a little difficulty understanding.

What used to happen was that, the moment a local authority was notified of a planned demolition, an anonymous – and usually underpaid - official (like me) was despatched to the site to survey the drain system and draw an up-to-date plan of it, complete with locations of the all-important sewer connections. Difficult, often dirty work it was, requiring some skill, and great fun. (How do you find a manhole cover in a yard that has been concreted over? We knew how, tricks of the trade passed down word of mouth by generations of inspectors.)

Then, when the contractors started the demolition, you got yourself down to the site and stood over the buggers, making sure they grubbed up the drains properly – all of them – and then made proper seals at the sewer junctions, not a bodge job with a couple of bricks jammed in the stub of the barrel.

Some little time ago, I regaled a band of local authority officers with tales of past exploits in this area (including the day I spent sitting in the middle of the London to Brighton road – the famous A23 – watching a pioneering experiment using a remote TV camera, sealing a sewer junction without digging up the road). As I unfolded the tales though, I perceived nothing but blank stares. This job, which took a great deal of our departmental time and resources, is not done any more. No one in the room had any experience of it.

Talk to any field officer in local government, the old hands, and they will have their tales to tell. Things that were done – part of that invisible but vital fabric of a sophisticated government machine – are not done any more. They have been wiped out by accountants because they are no longer recognised "cost centres", eliminated by "efficiency experts" who did not see the need for them, or simply, they have lapsed because the institutional memory has gone and there is no one left who knows what should be done, or how to do it.

But, when you face the ongoing deterioration of society, it is not just in the big things that you measure it. It is also in the hundreds and thousands of small things that used to be done that are not done any more. That is where the real breakdown is at its most damaging.

This is not hankering after some rosy vision of days gone past. These things were important and they still are. They were put into Acts of Parliament for a reason, by people who knew what they were talking about. They were not secreted into the system in some bureaucratic, EU-derived regulation. They were debated and approved in a proper manner by real MPs and became the law of the land. They still are the law and that law should be obeyed. But it is not. And no one seems to care any more.

To repeat that central message, the tragedy is that, because it was "invisible government", when it disappeared, no one realised it had gone, because so few knew it was there in the first place. Think about that when you next see an excitable journalist hyperventilating about rat-borne "epidemics". They don't know the half of it.