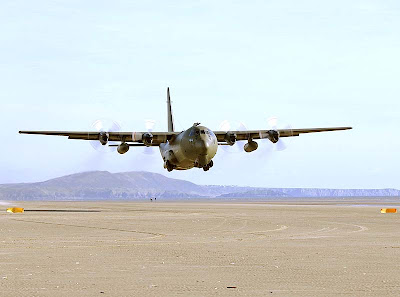 I had intended to write a long post on the Defence of the Realm blog on the coroner's inquest report on the Hercules crash in Iraq in January 2005 – breaking my long silence on that blog. The analysis – which will be written - is intended make points which have general implications, well beyond the defence field. Particularly, I will tackle the media treatment of the report – hence my posting here as well.

The coroner's findings are reported in The Daily Telegraph and, within the limitations of the media, I thought Stephen Adams wrote a fair and balanced piece – less so the headline.

In particular, Adams pointed out that there were numerous causes of the deaths of the ten servicemen involved. One of those was the absence of fire suppressant foam in the fuel tanks. But that was a "contributory factor". There were other failings, by the military, which were more immediately led to the tragic incident, not forgetting that the primary cause was the enemy, who shot the aircraft down.

But if Adams managed to balance the story – based on the good sense of the coroner's report – not so the BBC. I listened to radio reports, and watched a report on television news. In all instances, only the absence of suppressant foam was detailed. Although the announcers did state that this was a "contributory factor", none of the others were mentioned, leaving the casual listener or watcher with the idea that the major fault was with the "penny pinching" MoD - the classic BBC "narrative".

Regular readers will know that I am no friend of the MoD. But the BBC report was neither balanced nor fair. Nor did it do its audience any favours, giving them a distorted view of the incident.

However, it is late (at the time of writing) and I am too tired to do the subject justice. I will, therefore, write more of this later, on DOTR, picking up also on other incidents in, I hope, a "catch-up" piece.