It is all soooo complicated 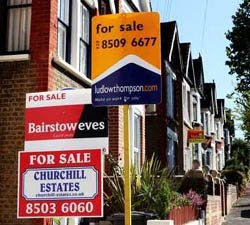 I have had a very detailed analysis from an expert in the field, that is so full of good information (and sense) that it is going to take a little time to explore and evaluate.

One comment made was that the government was entirely to blame for this crisis – a refrain that will be pleasing to many ears. Basically, the thesis is this. It was the government …

Clearly, that is unarguably the case. By excluding mortgage costs from the inflation indices, false signals were transmitted to the system. Thus, when real inflation (including housing costs) was soaring, retail (and other) prices were being driven down by low commodity prices, cheap imports from China and cheap immigrant labour. Add to that, cheap – and easily available – credit and that was the fuel which drove the Brown "boom".

This fuelling of the "boom" we have referred to in several posts, notably this one, written in September 2007, which now looks horribly prescient, this one in the December and this, last February. Even then it was quite evident that it was going to end in tears.

Furthermore, in my September piece, I did note – but only as an aside – that the easy access to consumer credit had been fuelled in part by galloping house price inflation, which, "conveniently, does not appear on the government's official inflation index".

The effect of this, of course, was to distort the policy drivers. When real inflation was actually climbing, this should have triggered a sharp increase in interest rates.

But, with the misleading indices appearing to show that inflation was under control, interest rates were held artificially and dangerously low. This had the effect of driving house price speculation further, forcing prices to an unsustainable level and thence magnifying the effects of the market "correction" (i.e., downturn) which was bound to happen.

However, that is history. We are now in that downturn. What is so difficult to unravel is this. To what extent is it possible to separate out the initial drivers of the downturn from those factors which are either intensifying the crisis or inhibiting efforts to mitigate it?

It is our understanding that "mark to market" itself was not a factor in causing the downturn, but is one (important) factor which is having an effect in intensifying it. Further, while we do not attribute the regulatory structure as a direct cause of the downturn – whether that regulation comes from the EU or elsewhere – we do aver that the labyrinthine complexity of the regulation, and the huge difficulty in changing it quickly (or even knowing what to change), is adding to the problem.

These issues, we believe, are at the heart of the current phase of the crisis. It seems important to try to separate them and, possibly, to deal with them separately. This is purely on the basis that the tools needed for the different aspects of the problem may be (and most certainly are) different. Addressing one (or looking for generic solutions) may not fix others.

If we want certainties out of this crisis, however, there are two we can rely on. One, this crisis is very, very complicated; two, there are no "quick fixes". There is perhaps a third. As we struggle to understand it - with the aid of our increasingly impressive forum contributors - we will continue to get some things wrong. If we knew for certain precisely which ones, it would be a start.