Something of an enigma 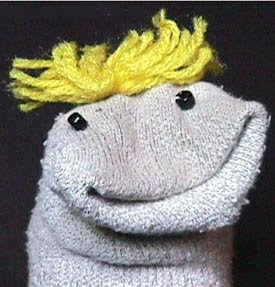 Members of Parliament are often referred to by the generic name "lawmakers", especially by news agencies such as Reuters. You would have thought, therefore, that they and the political classes would be interested in how the laws of this land were made.

You might also think, with some justice, that they would be interested in the philosophy of regulation, and whether their laws actually work. Since, in theory at least, they make the laws, they do have a professional interest in the subject. Strangely, though, this does not seem to be the case.

Despite this, alongside our post on the philosophy of regulation, we are seeing a debate on the law and the regulatory philosophy. But it is being conducted in the financial press, led by The Financial Times, focused particularly on the persona Lord Turner, the new chairman of the Financial Services Authority.

Thus we are actually seeing a discussion of the very same principles that we raised on this blog, such as in this piece. There, we learn of a vibrant discussion involving the Financial Services Authority over the "principles versus rules-based regime" and whether there should instead a focus on "an outcome-led approach to regulation".

The urgency of this debate was brought into even sharper focus by a closing comment from Lionel Barber, editor of The Financial Times. Interviewed last night on the BBC Radio 4's World Tonight, he referred to a "collective regulatory failure" in respect of the financial crisis.

As we have seen before, this tantalising reference was completely dead-batted by the interviewer – who was far more interested in Barber's comments on the BBC's role in reporting the financial crisis.

So it is with the political blogs in general although the more serious-minded Centre Right did take up the subject with a piece by Tim Montgomerie. However, his "take" on the subject was limited to same narrow field addressed by David Cameron, to which we referred yesterday - the level, quality and pay of staff employed by the FSA.

That post attracted very little debate – half the number of entries that a post headed, "How do I love Sarah Palin" attracted - indicative of the general lack of interest in the subject. The comments however, some of them from this blogger, did elicit some interesting points.

We find it difficult – genuinely difficult – to understand why there is such little interest in a problem which, by an increasing number of accounts, was a key factor in triggering the financial crisis and, unless fixed could lead to another.

A clue as to why apathy seems to rule the roost comes perhaps from the detail of the subject matter that Turner is so earnestly discussing with The Financial Times, illustrated by this revealing fragment:

Given the scale of the task it is hard to know where to start, although for the FSA the most pressing challenge will be setting minimum capital requirements for banks. Last weekend, the regulator shocked many bankers by in effect setting aside years of modelling of financial risks when it forced banks to recapitalise.

"We reached a conclusion that we couldn't simply proceed on the rules we had proceeded on in the past because there had been a crisis of confidence so big that you had to rapidly agree a level of capitalisation so large that no rational person would be worried about lending to these banks," he says.

It is unclear how long the new approach will remain in place, but it appears unlikely the FSA or any other regulator will allow banks to go back to the Basel II framework for measuring capital without some fundamental improvements. Lord Turner even hints at adopting a "countercyclical" approach that would force banks to set aside greater reserves during a boom.

But didn't it take international regulators nine years to agree on Basel II? "We'll have to do it a bit faster than that," he says with a smile.

He is "open-minded" about the FSA's attempt to replace rules with broad principles, but is adamant the regulator must focus on risks and the outcome of its actions rather than on enforcing processes.

This is fascinating stuff for anyone who has laboured to understand just how the regulatory system works and wants to know more. I have to say my understanding is much better, although far from comprehensive, and this seems to point to a titanic struggle to come in the corridors of power, not least because – as readers of this blog know, but very few others outside the ranks of the specialists - Basel II is implemented by EU law.

Thus, while Turner is making smooth statements about "an outcome-led approach to regulation" and overturning Basel II, he is up against a regulator in Brussels which is the very embodiment of the "rules-based regime". Funnily enough, there is no mention of that by Turner

For this reason – and herein lies that clue – whatever battles are to be fought, the blood is not going to flow in Westminster. The couloirs of Basel, Brussels and Luxembourg are going to host the jousts. Our MPs – our "lawmakers" - are merely bystanders, ignorant, unknowing and uninvolved.

In the fullness of time, when the end results come to Westminster for rubber-stamping, a few MPs might take a desultory interest in the proceedings, and there might even be a meaningless debate or two. But the outcomes will have been decided a long time before, in cities a long way away, by officials totally unknown to the general public.

That must surely explain the enigma. Since our MPs and our government no longer play any serious part in framing our laws in vital areas of our economic activity – upon which, as we have recently seen, our entire prosperity depends – it should hardly be surprising that they take so little interest in the proceedings.

The only thing is, I do wish they would stop pretending they are so damn important or even that they are still in charge. If they are prepared to allow this situation to continue - taking their money under false pretences - "sock puppets" they are, rather than "lawmakers". To our very great sorrow, they are worthy of about the same degree of respect.