An object of contempt 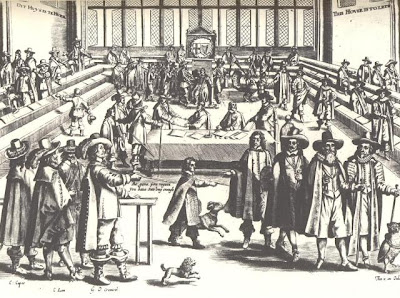 When in October 1962, Hugh Gaitskell electrified the Labour Party conference with his 105 minute speech, wholly dedicated to the Common Market, he delivered a singular and now oft-quoted passage that has proved to be horribly prescient. "We must be clear about this," he said:

… it does mean, if this is the idea, the end of Britain as an independent European state … it means the end of a thousand years of history. You may say, "let it end". But my goodness, it is a decision that needs a little care and thought.

It is worth noting in passing that Gaitskell had opened his speech by observing that the level of debate in the media over this "crucial, complex and difficult issue" had not been high. In some things, it seems, nothing changes.

Gaitskell went on to say that if Britain was to join the EEC, she would be "no more than a state … in the United States of Europe, such as Texas and California". Britain would become no more than "a province of Europe".

If anything, this "province of Europe" now has less power than either Texas or California – although the transfer of powers to Brussels is patchy. We have kept some and lost others. But, in terms of engineering our financial salvation, we have little more power than a County Council.

That much Gaitskell predicted, more or less, but what he cannot have bargained for was that, when the moment arrived when it was displayed to all the world that Britain had brought upon itself the status of a "province", no one would recognise it for what it was - or care.

Surely, it is that, and only that which we can take from the extraordinary apathy over the Brown's bank bail-out? The fact that committing billions of expenditure to this mad scheme has not required the approval of Parliament – the bail-out announced and implemented without even a debate, much less a vote – while the approval of our masters in Brussels was required, seems to have passed virtually without comment.

Speaking with a number of MPs yesterday, however, it is evident that some do care. In fact, a small number feel passionately about this issue, one describing it as "outrageous" that there had not been a debate. But there is another dynamic at play – especially in the Labour ranks, one which also infects the ranks of the opposition.

Many MPs, it seems, are so completely out of their depth in this crisis – and we know exactly how that feels – that they are quite happy to "leave it to Gordon". He and only he is able to give the impression (for what little time he has left before the economy goes completely belly-up) that he is actually in control.

That Gordon is working so closely with the "colleagues" on this is a matter of supreme indifference to these MPs. They are just thankful that someone else – anyone else – is taking the responsibility for sorting out the mess so that they can get back to discussing bicycle sheds.

That this moral cowardice has also infected the ranks of the opposition is evidenced by this extraordinary post on Tory Diary. This confirms that the Conservative front bench has decided to opt out of the "bank rescue" debate. Instead, they have decided to give Brown his head and then move in behind him, later to argue about the "real economy", gaining what advantage they can there.

That, in itself, explains both the "bipartisan support" and the lack of any expression of outrage from the opposition front benches at the quite unprecedented marginalisation of Parliament.

But, if this tactical retreat by the Conservative opposition has brought it any advantage – and that remains to be seen – it has been purchased at a terrible price, paid in Brussels and in Parliament itself.

In Brussels, scarcely concealed, the mood is of exuberance – triumph even. Financial services integration has been the Holy Grail of the "colleagues", the glittering prize of control of the financial centres of the European capitals (bar one – Zurich) having been their dream for decades.

Slowly, insidiously, they have been tightening their grip against the stolid resistance of the member states, which have been mounting a rear-guard action against the encroachment.

That, in part, is why financial regulation is such a mess – a mish-mash of member state "legacy" laws, overlaid by an incoherent veneer of EU law, introduced with no logic other than that which has been possible to impose in the face of sustained opposition.

For sure, in the very early days of this current crisis, the "colleagues" were in some disarray. But in retrospect (and even at the time) the Eofin meeting last week was the watershed, the turning point.

Since then, as events have unfolded, this has become the ultimate "beneficial crisis". The logjams of past resistance have been swept away. The EU is now preparing to forge ahead with a torrent of new financial services legislation, the member states willingly co-operating in the transfer of power.

There is a new confidence in Brussels as Jean-Claude Juncker, Luxembourg premier and Eurogroup chair, announces the "colleagues'" plan to "civilise" capitalism. "Let everyone remember after this crisis, who solved it. Politicians did, not bankers," says Juncker.

Those who have been predicting the downfall of the European Union – not least this blogger – would do well to remember the words of the 19th Century German philosopher, Friedrich Nietzsche: "What does not kill us makes us stronger."

On the home front, in Parliament, the butcher's bill is on the table. Already on the wane, MPs have lost much of what little authority they had remaining.

Faced with a confident, assertive and powerful House, what prime minister at the height of an unprecedented crisis would have dared leave Prime Minister's Questions to the cleaning lady, while he rushed off to Brussels to cavort so openly with the "colleagues"? The House, last Wednesday, was treated with contempt.

Problematically, the virus of contempt is spreading. Before PMQs was Northern Ireland Questions, the secretary of state Sean Woodward - and renegade Tory MP - heavily infected. The situation in Ulster is deteriorating rapidly: the devolution agreement is breaking down, the devolved government has not met for months and the established political parties are falling apart, leaving a leadership vacuum.

Into that vacuum, there is creeping a dangerous band of dissidents, worming their way into the body politic and onto the streets. It is only a matter of time, many fear, before blood is once again shed.

At the centre of the intractable dispute between the parties is the final stage of the settlement, the devolution of justice and policing. This is the turnkey which will allow Stormont to become a fully-fledged government. Progress is all but stalled.

Into the fray last Wednesday, therefore, leapt Owen Paterson, shadow secretary of state for Northern Ireland. He asked Woodward for an assurance that the government would not intervene. The rumour is that it intends to re-assert direct rule for the purpose of imposing a settlement over the heads of local communities – in breach of the St. Andrews agreement.

It was a valid question and deserved – no, needed – an honest answer. Lives are at stake. Yet Woodward evaded the question. Instead, he delivered a torrent of extruded verbal material, leaving this vital issue hanging.

We will be the losers – we are the losers. In no manner, shape or form are we any longer a parliamentary democracy. The blood that flows as a result will not be confined to the streets of Ulster, any more than it could be before.